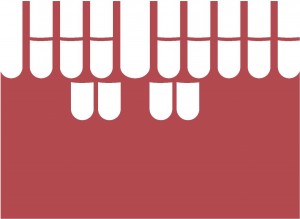 Court reporting and captioning firms can only succeed if they have good relationships with their clients. The firms grow and thrive as lawyers, paralegals, court administrators, corporations, educational institutions, and other clients pick up the phone and schedule trusted court reporters and captioners. Successful firms market their services to existing and potential clients and constantly look for ways to add value to their list of offerings.

All of this sounds familiar, yes? 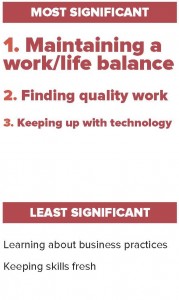 But what about firms’ other clients? Most firms in the industry probably don’t spend too much time looking for ways to market to and serve the people who are arguably the most valuable clients to the success of their businesses: the court reporters who actually execute the jobs on the schedule. With court reporters retiring in droves and fewer new reporters entering the profession, at least in the short term, firms in some areas of the country are competing for the best court reporters in the marketplace. This scenario is likely to be further exacerbated in the coming years as the court reporter shortage deepens across the United States, according to the 2013-14 Industry Outlook Report by Ducker Worldwide. If court reporting and captioning firms are not treating their freelancers as customers, they will find that their best reporters are increasingly turning to other firms for their assignments, according to a new study NCRA conducted of court reporters who work primarily as freelancers. Waning are the days when freelancers will stand in the proverbial line with their hands out, happy to accept any job assignment on the schedule. Talented, credentialed reporters are being more selective about the work they take, and they aren’t interested in having professional relationships with firms that treat them as just another reporter on the roster.

“A firm that is not reporter-owned, has a questionable reputation, a history of poor payment, and/or unfair distribution of jobs would prevent me from taking a job with a particular firm,” says one anonymous respondent.

Another freelancer notes, “If other reporters had divulged that a particular firm lacked integrity in matters of finances, truthfulness, [or] unfair treatment of reporters, I would not tolerate this.”

Certainly, the relationship between a firm and its stable of freelancers is healthiest when it’s a win-win-win for the company, the court reporter, and the client requiring stenographic court reporting services. But the NCRA Freelancer Survey points to some forward-looking indicators that demonstrate why firm owners need to prioritize the needs of freelancers for the long-term health and success of their businesses.

NCRA surveyed freelance reporters in December 2014, drawing approximately 1,200 participants. While nearly all respondents indicated working in legal depositions and proceedings, participants also work as freelancers in courtrooms and in medical, educational, community, religious, and corporate settings. Approximately 10 percent of respondents reported working directly with end users and therefore their responses were not included in the remainder of the survey that was specific to freelancers. Of the remaining freelancers who accept work from court reporting firms rather than end users, 39 percent of participants work with only one firm with few exceptions; 28 percent work with two, three, or four firms; and 23 percent of respondents work with five or more firms.

While these average rankings demonstrate overall sentiment among freelancers, the results are much more telling when they are divided into various levels of experience. Understanding how these challenges are viewed by reporters with varying experience levels can serve firm owners and managers as they strive to attract the most talented professionals in the market. For example, those who are new to the profession, with less than 10 years of experience, offered different responses to which business challenges were more difficult than those who have been in the profession longer.

Not surprisingly, those who have just entered the profession, that is, people who indicated that they have less than five years of experience, are significantly more likely to struggle with learning about business practices such as filing income taxes, obtaining health insurance, and the general business issues that come with working as a freelancer. In fact, based on the feedback from respondents, getting a solid handle on business practices not specific to the field of court reporting is a sizeable business challenge for as long as 10 years after graduating. After those early years out of school, more experienced court reporters demonstrate a higher level of comfort with the business practices surrounding working as a freelancer in the field.

“Business practices ought to have been more a part of the curriculum in the program,” says one freelancer.

Even though this challenge ranks high among freelancers overall, the survey shows that early reporters struggle to a greater degree than experienced reporters with striking an appropriate work/life balance. The survey responses show that as reporters gain more experience over the tenure of their careers, they are less concerned with work/life balance issues as an overall business challenge. While this finding could point to reporters struggling to hit their stride in terms of efficiency on the job, there are also likely personal factors at play such as raising young children or other personal obligations.

For firm owners, being aware of this dynamic may influence some of the professional development opportunities they provide or encourage for those who have been working in the profession for less than 10 years. Helping less experienced freelancers get a grasp on business fundamentals and providing techniques for increasing efficiencies both on and off the job could address these pressing concerns for this segment of reporters. Serving in a mentoring capacity and addressing these challenges may also lead to less experienced reporters feeling a particular affinity for the firms that support them in this way.

“We are a teaching agency, independently owned, and they receive a lot of support to grow professionally,” says Debra A. Levinson, RMR, CRR, CMRS, who serves as CEO of DALCO Reporting, Inc., a firm based in White Plains, N.Y. “Reporters, both new and even experienced, have much to learn and are not guided enough to reach their potential talent.”

Turning to mid-career reporters, the most significant business challenges shift to issues such as getting paid in a timely manner and finding work that aligns with their busy schedules. Mid-career reporters are likely juggling personal concerns such as maintaining a household, raising children, and perhaps caring for aging parents, which could result in the weighted responses in these areas. Mid-career reporters place a higher emphasis on finding steady work and making sure this work fits into their schedules, and, further, firms that pay in a timely fashion are likely to find loyal reporters in the mid-career segment. 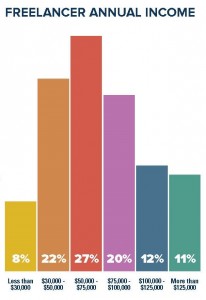 Of particular note is the impact that certification has on personal annual income. In general, freelancers who earn more than $100,000 annually represent approximately 23 percent of the population. However, among those who hold Registered Professional Reporter certification, almost 30 percent earn more than $100,000 per year. Of those who hold no certifications, whether issued by a state or a national organization, only 9 percent of respondents earn $100,000 or more per year. Simply put, according to the survey, freelancers make more money if they are certified.

Though market conditions can vary by region, the 2013-14 Industry Outlook Report prepared by the independent researchers at Ducker Worldwide suggests there will be a nationwide shortage of reporters by 2018 due to pending retirements and increased demand for stenographic court reporting services. While most firms have not yet reported severe shortages of reporters, some anecdotal evidence shows that there is moderate competition in local markets for the most skilled reporters.

As more reporters near retirement and additional demand enters the marketplace from the legal arena and to provide accessibility, court reporting firms will need to be aware of what influences freelancers’ decisions to work with one firm over another. If skilled reporters are in high demand, knowing freelancers’ trigger points will ensure that busy firms will continue to be able to meet their clients’ needs.

On the whole, freelancers indicate that the single most important factor that influences their decision to work with a particular court reporting firm is the way that the firm owners and schedulers treat them and consider their needs as an individual. In other words, the relationship matters. On a scale of 1 to 5 (with 1 being not at all important and 5 being very important), the way freelancers are treated by owners and schedulers ranks a weighted average of 3.7. This factor is followed by the types of jobs the freelancer is generally assigned by a firm (which ranks 3.59 out of 5) and the pay being offered by the firm (which ranks 3.58 out of 5).

One freelancer notes that working with a particular court reporting firm is more enjoyable “when I’m treated as a true independent contractor and there’s no animosity or hard feelings if I have to turn down an assignment because of my availability.”

The factors least likely to influence freelancers’ decisions to work with a firm is whether the firm offers ancillary benefits, such as providing health or other types of insurance, coverage of expenses, or paying membership to state or national court reporting associations. Also ranking low on influential factors is the amount of time the assignment is projected to take.

PICK OF THE LITTER

The firms who have embraced the “reporters are clients” mentality have found that there’s a fair amount of loyalty that is guaranteed when the approach is one of a symbiotic relationship. Indeed, many firms see the value in fostering a healthy partnership throughout the supply chain. “We see the successful servicing of the legal industry as a win/win/win partnership among the court reporters, staff, and management,” says Deborah L. Dusseljee, RPR, CBC, CCP, president of Compu-Scripts, Inc., a Columbia, S.C.-based firm.

NCRA members can access a copy of the full report at NCRA.org/2015FreelancerReport. Not a member? Join today

Christina Lewellen is NCRA’s Senior Director of Marketing and Communications. She can be reached at clewellen@ncra.org.