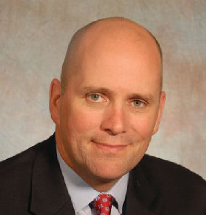 November, of course, is when we in the United States offer thanks for that which takes place in our lives. This being the November/December JCR, I likewise will offer some New Year’s 2013 resolutions for NCRA and perhaps for myself. In no logical order, I offer the following.

I am thankful for our cadre of member volunteers who tirelessly invest the time and energy to serve NCRA and our state associations. Most certainly there is professional benefit to getting involved as a volunteer — it’s no coincidence that some of the most successful reporters in the world appear among the ranks of NCRA and state association volunteers. Is it a chicken-or-egg situation? Is there a disproportionate amount of professional success among volunteers because that group has chosen to get involved, or are those who have achieved high levels of success more inclined to volunteer? It hardly matters, I suppose, but for 2013, I resolve for NCRA to do more to recognize the collective and individual contributions of volunteers.

I am thankful for the NCRA professional staff. During my first several months as executive director and CEO, I called upon staff to accept the challenge of doing what they can to take our enterprise to a higher level. I have asked them to match the dedication of our membership with an operational culture that allows us to move mountains. I appreciate that staff has accepted the challenge and not dismissed my notions as the overzealous rants of Barney Fife. My corresponding resolution is to stop drawing analogies from 1960s-era television programs.

I am thankful for the open minds and passion that emerged from all corners of our profession when we began talking about the idea of placing a major focus on education over the next few years, for the incredibly accepting attitude from members, schools, vendors, and for others who showed only enthusiasm as we began discussions for the future that may include substantial changes in our education system. My resolution is to stay on task in this coming year on this vital issue and to engage the school community in a sustained discussion of what we need to do over the next generation to attract far more students into court reporting programs and to get more out as professional court reporters.

I’m thankful for two Labrador retrievers, Lucy and Lily, as well as the new addition to my canine family, Ubu, the stoic Search Dog. I resolve to not mention my dogs in any 2013 columns.

I’m thankful for my family and the fact that the Major League Baseball season is over. I resolve next year not to relegate my thanks for my wife and three sons to the same sentence as regret over a baseball season gone awry.

Lastly, I’m thankful for my government. While I can’t say that I always liked the tenor of the election cycle we just experienced, I do find myself heartened by the fact that, more than I thought, some of the realities within our nation were raised for legitimate discussion and dialogue, even if little was solved. It remains amazing that we can make significant changes within our elected leadership without a shot ever being fired.

As for a parallel resolution? I resolve to find a photo of myself for this column where I’m smiling. And I resolve to do everything within my power to ensure that this profession has a lot to smile about in 2013 and beyond.