I came back to reporting after a 17-year hiatus, and one of the tools I never forgot was an article by Shirley King, RPR, and Judy Everman, RPR, CMRS, that was published in the Florida Court Reporters Association newsletter back in 2002. I’ve copied it; I’ve carried it around; I’ve given it to students. Bottom line: It’s not looking stupid in print. There are a lot of words that look alike or sound alike, and we as reporters have to know the difference. That being said, the following is a little collection of mine, written in much the same format and hopefully the same spirit as the original. Need­less to say, this is far from complete. I’m sure you have a list of your own, but here are a few of mine. I hope they help you. 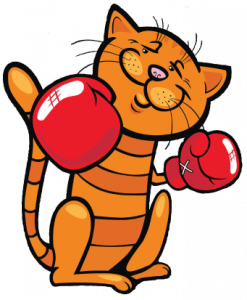 Prospective means possible, poten­tially. Think of a prospector. This comes to mind from a transcript I looked at (not my own) with the words “perspective juror” peppered throughout the entire voir dire. (A major boo-boo.) Perspective is how you look at things.

To allude to something means to sug­gest or hint. To elude means to escape or get out of sight, as in to elude one’s captors.

Your right or privilege to do something is your prerogative. It’s not perogative, but a lot of people will say it that way.

On that happy note, to repeat my prede­cessors, irregardless is not a word! Neither is supposably. They’re shoot­ing for supposedly, although “suppos­able” is in the dictionary. Go figure.

If you are prostrate, you are lying flat, as in prostrating oneself before God. The prostate is a part of the male anatomy. (For God’s sake, don’t jumble that one up!)

A tenant is someone who rents from you. A tenet is a principle or belief, as in we follow the tenets of Christianity. Don’t put an extra “N” in there.

Rescind means to annul, cancel or re­voke, and it often comes out sounding like resend, but they’re clearly not the same thing. Watch that one.

A carat refers to the size of precious stones, as in diamonds. Karat refers to the weight of gold, although you may find some older dictionaries list karat as a variant of carat, and the terms are sometimes used interchangeably. A caret is this: (^), the little symbol over the number 6 on your keyboard, maybe because it looks like the carrot that we eat! (Isn’t this a blast?)

Your soul is your inner being, as in poor damned souls. Sole can mean sin­gular, as in sole survivor, or it can mean the sole of your shoes, or it can mean a certain type of fish.

Incense (accent on the second syllable) means to inflame to violent anger, as in I was incensed. However, incense (ac­cent on the first syllable) is the stuff that you burn that makes your room smell nice.

A longhorn is a type of steer with – you guessed it – long horns! A greenhorn is a novice, someone who doesn’t know much about a certain subject. It probably originated in Texas, referring to somebody who didn’t know what a long­horn was!

Here’s an oldie but goodie. Kind of old fashioned, both of them. You may never hear them, but being a court re­porter, I suspect you will at some point in your life. I remember I asked some one about this one a long time ago, and she gave me the incorrect one. To beseech means to beg or to plead. I beseech thee, do not kill me. (I told you it was old fashioned!) To besiege means to lay siege to (see, it’s in the word) or surround with armed forces.

And finally, my favorite, which comes with its own story.

Irrelevant means immaterial, doesn’t apply. It’s used a lot in objections. Irreverent means disrespectful, espe­cially in a religious sense. Irrevalent means nothing at all! Just a deponent who watched too many reruns of Perry Mason or something and really thought he knew what he was talking about. Al­most every other question, he responded, “That’s irrevalent. I don’t have to answer that.” (Did I mention he was pro se?) Af­ter the deposition the attorney walked out scratching his head and said to me, “What was he saying?” (And yes, it went some­ into the transcript like that, followed by a ‘sic’ each time. Hey, I wasn’t about to look like the idiot.)

Like I said, I’m sure every reporter could come up with a list of these. I strongly recommend you keep a good dictionary handy of synonyms, antonyms, homo­nyms, homophones, or any other type of phones you can think of. Just familiariz­ing yourself with these words can make a huge difference in the type of work you put out and can save you a little embar­rassment.

Till next time, keep practicing!

Lisa Selby-Brood, RPR, is a freelance court reporter in Palm Harbor, Fla. She can be reached at lspiggy@tampabay.rr.com and through NCRA’s Virtual Mentors Program.