Catching up with the Speed Contest winner 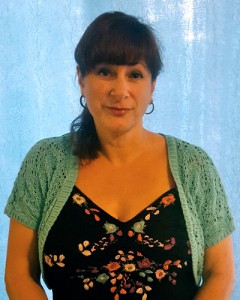 Julianne LaBadia, RDR, CRR, CBC, CCP, an official court reporter for the Delaware Court of Chancery, in Wilmington, Del., won the 2015 Speed Contest in New York, N.Y. The JCR Weekly caught up with her back on the job to find out a little more about her practice methods and what it’s like to be a part of the competitions.

What appealed to you about competing in the speed or realtime contest?

I think probably every reporter hears about the speed/realtime contests and says to themselves, “Wow, I wonder if I could make it in the big league.” To me, passing a take at those speeds is the ultimate test of skill in our profession, and it’s always been something I wanted to try, to challenge myself and to have the experience of being there. I’ve spent the past 20 years balancing raising kids and my career, so the NCRA contests were something more in the back of my mind, a “someday” kind of thing. When the convention was in Philly a few years ago, I was in the Realtime Systems Administrator seminar during the contests, so I couldn’t enter then. When I found out this year’s convention was in New York City, it seemed the perfect opportunity, an easy enough thing to take a few days off and take the train up.

Probably three or four months ago, I thought to myself that it might be smart to actually practice at 280 wpm if I was going to enter the contest, so I bought several CDs of past contests from NCRA. Since I provide realtime every day, it’s a completely different mindset to let go of striving for perfection and focus on just trying to get the words down. Dropping punctuation to get down the words was really hard for me. I work in the Delaware Court of Chancery, which is very hard, technical stuff almost every day, at fairly high rates of speed, and my colleagues and I are constantly batting around ideas for how to make our job easier and do it better. We trade briefs and talk about the best way to deal with punctuating impossible-to-punctuate oral arguments. So although none of my colleagues wanted to participate in the speed contest, practicing speedbuilding together just seemed like a natural extension of that. Even when 280 seems impossible and practicing at that speed frustrates and humbles you, I think it really does improve one’s ability to write cleaner at 230. And it’s helpful to have someone to laugh with you about yourself when you are just blown away by a take. So pretty much any day that some of us or all of us had a chunk of free time over the past few months, we would put the CDs in and practice for a bit. For the two or three weeks before the contest, I did make it a point to practice for about half an hour every day.

You competed in the New Mexico speed contest in 1996 and won second place, which was the only previous contest you’d entered. Why did you enter that contest? How was your preparation for the New Mexico contest different from how you prepared for this one?

Twenty years ago I was still pretty much a hotshot young kid, so although I don’t remember how it came about that New Mexico decided to have a speed contest that year, I think it was just expected, by myself and everyone else, that I would enter. My son was born prematurely in December of 1995 and wasn’t sleeping through the night by that time, and I was a month into what turned out to be a nine-month, realtime, daily-copy hearing for the Department of the Interior. So I would say I probably didn’t take that one as seriously as this one. I know I practiced — I still have those old cassettes somewhere — but I don’t remember being extremely anxious about it. I was probably too exhausted to psyche myself out about it!

How did you react when you found out that you’d won the national speed contest?

Well, I obviously did not expect to win, or I certainly would have stayed in New York for the awards luncheon! It’s beyond embarrassing that I wasn’t even there, and just thinking about it makes me cringe. I mean, I was happy with my takes and knew I had done the absolute best I could, but I never suspected that I did as well as I did. I thought I might get a ribbon in the mail or something.

I was at home when my former boss texted me, “Congratulations! I’m so proud of you.” I texted back, “Do you know which parts I passed?” And he let me know that I had won. (At which point I believe I shrieked and danced around the kitchen for a bit before letting my colleagues know.)

I was completely shocked, and I pretty much still am. It seems a bit surreal, honestly. As late as the practice dictation the morning of the contest, I was sure that I wouldn’t be able to pass the 280. I had actually gone to New York with the idea that the realtime would be my thing and I was just taking the speed contest to see if I could pass any part of it. And, of course, I didn’t even pass the realtime Q&A! Jeff Weigl also had no errors on the Q&A, and three of us had only one error on the literary. I consider it beyond lucky that I work in a court where I hear legal opinion about the factors to consider in a class action settlement on a routine basis. I have briefs for a bunch of the terms that came up.

Has your win affected you in any way?

The chancellor and vice chancellors I work for are now making jokes on the record inviting counsel to please speak as fast as they possibly can, and I’ve heard more than once “Oh, you’re that Juli” (the one that couldn’t be found), but other than that, things remain pretty much the same.