The value of membership 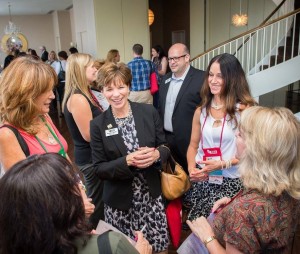 What are the primary reasons that court reporters and captioners become and stay members of NCRA? In many surveys, members have listed the JCR and the JCR Weekly, which keep them informed of the latest news in the profession; their hard-earned national certifications, which offer them ways to highlight their skills and professionalism; the many continuing education and networking opportunities available through NCRA; and many other benefits as reasons they join and renew their membership.

But for a more personal take, the JCR reached out to a few members who told us why they think belonging to NCRA is so important, not only for them, but for others as well.

“There is no better way to stay informed about reporting than through the JCR and attending conventions. Being a dues-paying member means you belong to the association that represents one of the great professions, ours, and interacts with another, the law,” said Patric Martin of Bethesda, Md., who joined when he first started reporting in 1978.

“I have always liked seeing what is going on in the profession and being able to read about issues and new things on the horizon. The best benefit, I believe, is the equipment and liability insurance. I have also started using Amplify for deep discounts at Staples. I’ve already saved more than $100 this year on paper, toner, and my regular office supplies,” said Elsa Jorgensen of Birmingham, Mich., who has been a participating member of NCRA since 2002 when she transitioned from student membership.

“It’s good to be aware of issues affecting reporters,” continues Jorgensen. “Even though there may be disagreement on certain things, we’re still stronger as a group than as individuals.”

“I’ve held membership with NCRA since the moment I found about it,” said Katherine Schilling, a student member who is based in San Jose, Calif. “When I first started my membership, I only had my eye on getting the monthly JCR magazine as part of it. The JCR has always held a special place in my heart because it was integral to my falling in love with the profession. I’ll never forget the first article I read, ‘A Day in the Life,’ when I found a stack of magazines in the classroom. After that, I was hooked. Just a year later, the annual NCRA Convention & Expo was coming to my backyard, San Francisco, and I learned what a benefit it is to be a student member so that I could get the student member registration rate.”

“The professional tips, ideas, and information are vital to keeping your career interesting and moving forward. Through the NCRA, we can learn from the best of the best,” said Jorgensen. “I look up to so many reporters and, because of them, I aspire to always be a better writer, a better professional, and a better representative of this amazing career.”

Martin, who works at the International Monetary Fund in Washington, D.C., recently paid for a number of student memberships so that financially conscious students who were interested in being part of NCRA could be involved.

“When a student gets out of school and is ready to become a working reporter, having a couple years of NCRA membership under their belt gives them a head start,” Martin says. “NCRA has ways to help, and unless you are a member you won’t be able to take advantage of them, the least of which is just reading the JCR and what working reporters and new reporters have to say. More than likely, you will encounter the same issues you will read about.”

“Over my 38 years in the profession, I’ve let my membership and my certifications lapse. I’ve passed the RMR twice, as well as the CRR, but currently don’t hold those certifications,” said Martin. “There is no excuse, really, and I can only say life intervened. But, as you go forward, become a member, strive for certifications, and don’t let them go. They are golden, as is NCRA. I encountered a reporter from Boston, Mass., in New York City last year, who happened to be in town, but not for our fantastic convention. I couldn’t understand why she didn’t support the profession by simply being a member. And she was quite open on how well she was doing. So, why can’t you support the profession by being a member, I wondered. Her answer was, ‘They don’t need my support.’ That is one of the greatest fallacies ever uttered. Now more than ever, every single member counts.”

Published in Business, Career, NCRA & You, News and People