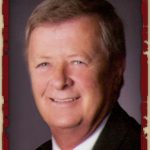 My Uncle David was a quiet observer of the world and faced problems in a way that was unique and admirable. He was the son of a father who could divine water from the ground with a forked willow branch, and a mother who could make a chicken-pan gravy that would make your eyes roll into the back of your head. He was an understated, calm presence who would give you the shirt off his back before you realized you needed it; a class act.

David was a court reporter and so was his older brother Lyle (who passed away in a car accident when I was very little). Back then Lyle was David’s “Mr. Cool.” I remember visiting with Uncle David when I was still in court reporting school; I had hit a major slump in my speed testing.

David told me that he had hit a slump when he was a student, too, and decided to quit reporting school. His decision was firm; he was absolutely resolute. He packed all of his belongings into his car and made the long trip straight to his older brother’s house to break the news. He walked into Lyle’s house, stood in the kitchen where Lyle was making a sandwich, and announced, “I can’t get it. It’s too hard. I’m quitting. Nope. Not for me. I’ll do something else to earn my living.” Without skipping a beat, Lyle wrapped the sandwich he was making, handed it to David, and said, “Here, take this and get your ass back to school.” Lyle turned David around, escorted him out of the house and back to his car, and sent him on his way. David didn’t even have a chance to argue. He did as Lyle demanded and drove back to finish court reporting school. David graduated and became a top-notch reporter who practiced his craft for 40-plus years.

I’m not sure David understood how motivating that little story was to me. All I know is that it was just what I needed to “keep on keepin’ on,” as the expression goes. I was shocked to hear that this guy, my “Mr. Cool,” had struggled with anything, let alone court reporting school. I share that story with you to memorialize him in my small way. Maybe he will motivate some of you, too.

I did keep on keepin’ on, and today I am an official court reporter in Anoka County for the great State of Minnesota. I am including an excerpt of David’s obituary from the Yankton Daily Press and Dakotan (S.D.) below:

David Lee Bergendahl was born Dec. 26, 1947, in Mora, Minn., to Herbert and Margaret (Haywood) Bergendahl. He graduated from Westbrook High School and Minnesota School of Business in Minneapolis. On Sept. 27, 1969, he married Sharon Lee Nelson in Storden, Minn., and they were blessed with two daughters and one son. Dave worked as a court reporter for forty years in Iowa, Minnesota, and lastly, South Dakota.

Dave was a member of Christ the King Lutheran Church and the Antique Auto Association. He was a past president of the South Dakota Shorthand Reporters Association and a past officer of the Yankton Elks Lodge. Dave was a hard worker who had a great sense of humor, he enjoyed restoring his Model T’s, visiting with friends, and drives to the lake and to Dairy Queen with his dog, Jake. He loved kids and especially loved spending time with his nieces, nephews, and grandchildren.

He was preceded in death by his parents; brother, Lyle Bergendahl; nephew, Andrew Hartberg; and brother-in-law, Glen Ward.