The GOP tax plan: What’s in it, and how does it affect me? 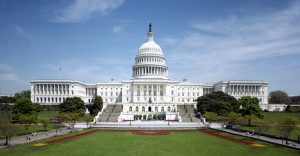 By Matt Barusch and Dave Wenhold

For the first time in decades, Congress appears to be on the verge of comprehensively reforming the U.S. tax system. In the past 31 years, Congress (regardless of the party in power) has tinkered with and tweaked small components of the overall tax code but has failed to achieve comprehensive reform.

For the last few weeks, the Republican-led Congress’ focus has been on simplifying the tax code and cutting taxes with the intent to spur economic growth. The House of Representatives and the Senate have each passed their own version of tax reform packages, dubbed the Tax Cuts and Jobs Act. The two bills will now meet in conference committee to reconcile their differences and produce a final product to send to President Trump’s desk.

But what is in those bills? What is most likely to be included in the final product? How will this affect me and how much will I pay in taxes? NCRA’s Government Relations Department has been hard at work analyzing the different tax bills, and here is a breakdown of what is in these bills.

Let’s start with the commonalities: provisions included in both the House and Senate bills. Both bills lower individual income tax rates and reduce the corporate income tax rate from 35 percent to 20 percent. These changes are intended to allow corporations to re-invest in their business infrastructures and hire more workers. Both bills also double the current estate tax exemption for individuals to $11 million, which the House bill repeals in 2024 and the Senate bill makes permanent.

The Senate bill maintains the current seven individual brackets but lowers the effective rates and changes the income levels to which they apply. This changes after 2025, when the bracket reverts to current law. You can see how the tax brackets break down for single and joint filers in both bills here. The Senate bill also gets rid of the individual mandate penalty for purchasing health insurance created by the Affordable Care Act, one of the main reasons for tax reform in the Republicans’ minds.

There is also a provision in both the House and Senate bills that might eliminate the deductibility of association membership dues as a business expense, but we are working to make sure Congress clarifies their intent. According to Jim Clarke, ASAE’s Senior Vice President of Public Policy, “vague language in a provision eliminating deductions for entertainment expenses could, possibly as an unintended consequence, be interpreted to apply to association membership dues.”

The House bill increases the federal deficit by $1.08 trillion over the next 10 years, according to the Tax Foundation.

While there are a lot of moving parts in these bills, nothing is set in stone, and NCRA and our lobbying team are monitoring these events and speaking with our friends on Capitol Hill. You are encouraged to do the same! It is important for your elected officials to hear from you on your opinions. Contact them to let them know how this bill affects you and your family. For more information on how to reach out to your elected officials, contact NCRA’s Government Relations Department at GovRelations@ncra.org.

Matt Barusch is NCRA’s Manager of State Government Relations. He can be reached at mbarusch@ncra.org. Dave Wenhold, CAE, PLC, is NCRA’s legislative counsel.

Published in Business and News