Get to know the NCRA slate of nominees

Nominations will be presented to the NCRA membership for vote on Thurs., Aug. 2, at the Annual Business Meeting, 8:30–11 a.m. Central Standard Time, as part of the 2018 NCRA Convention & Expo at the Hyatt Regency in New Orleans. In accordance with NCRA’s Bylaws, the President-Elect automatically succeeds to the office of the President. 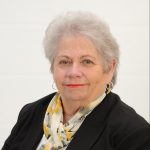 Sue A. Terry, a court reporter from Springfield, Ohio, holds the nationally recognized professional certifications of Registered Professional Reporter, Certified Realtime Reporter, and Certified Realtime Captioner. A Fellow of the Academy of Professional Reporters, she has been a court reporter since 1975. Throughout her career, Terry reported arbitrations, court proceedings, conventions, administrative hearings, large environmental cases, patent cases, and tobacco cases, among others.

As a trainer, Terry helped many reporters transition to realtime. During the 1980s, she taught at the Stenotype Institute. At the national level, Terry has served as Director and also Vice President. She was co-chair of NCRA’s Technology Evaluation Committee and a member of its TRAIN (Taking Realtime Awareness and Innovation Nationwide) Committee. She is a past chair of the DiscoverSteno Task Force.

Terry was president of the Ohio Court Reporters Association (OCRA) and the StenoCAT Users Group and received both groups’ Distinguished Service Award. She has served on committees for Gigatron Software Corporation, LiveNote for the Thompson West Corp., and for the Clark State College of Court Reporting in Springfield. She has extensive experience as a presenter, speaking before OCRA, NCRA, the StenoCAT Users Group, and the Ohio Supreme Court, among others. 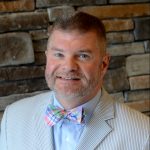 Roy M. (Max) Curry, Jr., is a court reporter from Franklin, Tenn., with more than 29 years of experience. Curry, who owns Elite Reporting Services of Tennessee, taught court reporting to students at Tennessee Career College in Nashville for 14 years. He holds a Bachelor of Court Reporting degree (B.C.R.) from the University of Mississippi. Curry has been an NCRA member for 33 years. He has presented seminars, both live and via the Internet, for NCRA and served as a test proctor for the Association’s RPR and RMR tests for several years. He has also served on NCRA’s Freelance Reporter Community of Interest Committee, two years on the Education Content Committee, and two years on the Budget & Finance Committee. He holds the national professional certifications of Registered Professional Reporter and Certified Reporting Instructor.

At the state level, Curry served as president of the Tennessee Court Reporters Association (TNCRA) twice. He has served in every officer position of TNCRA, as well as a Board Director for a combined 15 years of service. Curry has also served as the chair of Tennessee’s Convention Planning Committee on two separate occasions. He conducts seminars and educational classes for TNCRA and other state associations. 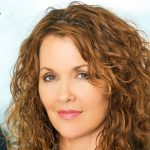 Christine Phipps is a court reporter from North Palm Beach, Fla., with 25 years of experience. She owns Phipps Reporting, Inc., headquartered in West Palm Beach. She holds the national professional certification of Registered Professional Reporter and the Realtime Systems Administrator certificate. She is also a licensed court reporter in New Jersey and Tennessee. She is an Eclipse software trainer.

At the national level, Phipps has co-chaired NCRA’s Technology Committee and Freelance Community of Interest Committee and served on the Association’s Strategic Alliance Task Force, Education Content, and Vendor Task Force committees. Phipps participated in the rewrite of NCRA’s Deposition Handbook, is a frequent contributor to the JCR, and is a speaker at conventions. She has also served as a director for NCRA.

She is the recipient of a number of business awards, including Woman of Outstanding Leadership by the International Women’s Leadership Association and Most Enterprising Women of the Year by Enterprising Women magazine. She was included in Inc. magazine’s Fastest Growing Companies in America in 2014, 2015, 2016, and 2017. 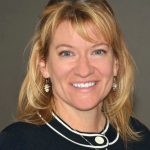 Debra A. Dibble is a 28-year court reporter veteran who has worked as a deposition reporter in Salt Lake City, Utah, since 2002. She holds the nationally recognized professional certifications of Registered Diplomate Reporter, Certified Realtime Reporter, and Certified Realtime Captioner, as well as qualifying on the National Speed Competition and National Realtime Competition multiple times. Dibble has also worked as a reporter in Memphis, Tenn. She has been a broadcast captioner and CART provider since 2010.

At the national level, Dibble has served as an NCRA Chief Examiner. She served as a delegate to the National Committee of State Associations from 2008 to 2012. She also has served three terms on NCRA’s Board of Directors and is currently serving the last year of a three-year term as Secretary-Treasurer.

In 2010, the Utah Court Reporters Association (UCRA) honored her with its Distinguished Service Award. Dibble has also served in numerous volunteer positions at the state level, including as a director and president of UCRA. 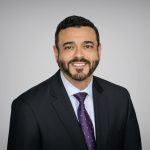 Stephen H. Clark is a captioner based in Washington, D.C. Clark worked as a freelance court reporter in Nebraska from 1985-1987 and in New Hampshire from 1987-1997. In 1997, he transitioned to a realtime broadcast captioning career. In 2006, Clark started Home Team Captions, a firm that provides onsite and remote captioning and CART services in Washington, D.C., Maryland, and Virginia, as well as nationally and internationally.

Clark also provides onsite and remote training for sports captioning, CART, and broadcast captioning for experienced professionals and recent graduates who are starting a career in captioning.

Clark is a graduate of Lincoln School of Commerce in Lincoln, Neb., and holds an associate’s degree in court reporting. He also holds the national professional certification of Certified Realtime Captioner. 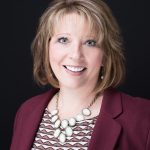 At the national level, Isaacsen served on NCRA’s Election Committee in 2016-2017 and as a regional representative for the National Committee of State Associations (NCSA). She currently serves as NCSA’s Vice Chair. 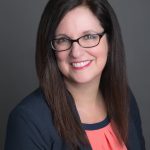 Director (three-year term)
Karyn D. Menck, RDR, CRR, CRC
Nashville, Tenn.
Karyn D. Menck, Nashville, Tenn., has worked as a freelance court reporter, a closed captioner, and a CART provider. She has also been a firm owner. Her work has included remote captioning for hundreds of television stations, ballgames, and religious meetings. She has also provided onsite closed captioning for conventions, stadium events, theater productions, and classrooms. From 2000-2015, Menck provided pro bono CART for meetings of the Nashville Chapter of Self Help for the Hard of Hearing/Hearing Loss Association of America (HLAA). Menck is the recipient of the first annual Gwyndolyn Ann Pace Advocacy Award from the HLAA, Nashville Chapter, and the Professional of the Year Award from the Mayor’s Advisory Committee for People with Disabilities.

Menck has been a frequent competitor in NCRA’s National Speed and Realtime Contests and has placed numerous times in all legs of each event. She currently serves on the Association’s Test Advisory Committee and Certified Realtime Captioner Certification Committee. 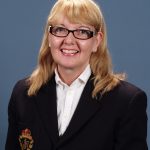 Cathy Penniston, Ottumwa, Iowa, spent 30 years as an official court reporter for the state of Iowa before receiving a realtime captioning training grant and transitioning into remote television broadcast captioning. She has worked as a freelance court reporter and a CART provider. Penniston currently teaches reporting classes at the Des Moines Area Community College. She also works as an independent broadcast captioner. In addition to teaching and captioning, Penniston provides remote realtime of court proceedings in Arizona, Colorado, and Idaho.

Published in Member Announcements, NCRA & You, News and Volunteering