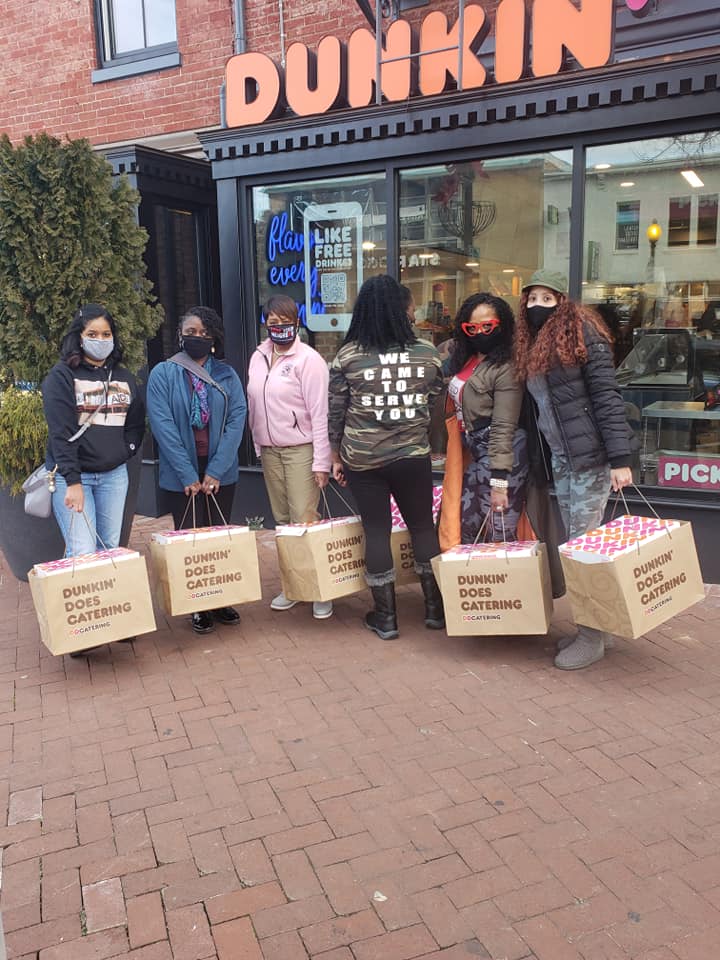 Margary Rogers, RPR, CRI, an official court reporter in Washington, D.C., decided to help National Guard members, and with the help of the court reporting community she made it happen.

On Sunday, Jan. 17, Rogers, four other stenographers, and three friends packed six cars with 200 dozen boxes of doughnuts, 80 jugs of coffee, 14 large cases of orange juice, and water to help support the 20,000 National Guardsmen and women in D.C. She made it happen with the monetary donations of $3,425 from 72 donors. Rogers said she had some money left and would be using it to buy pizza, sandwiches, and juice for National Guard members this week.

Rogers said she was moved to lead the effort after taking a “peaceful perimeter prayer walk” around the Capitol building earlier last week and noticed the National Guard’s presence.

“As a court reporter in Washington, D.C., I wanted to give back to those who serve to protect us, our lawmakers, and those professional court reporters capturing and preserving the official record as it happens inside the U.S. Capitol. Giving back is something that comes very natural to those of us in this profession,” Rogers said.