The Hill We Climb: Cindy Bowden 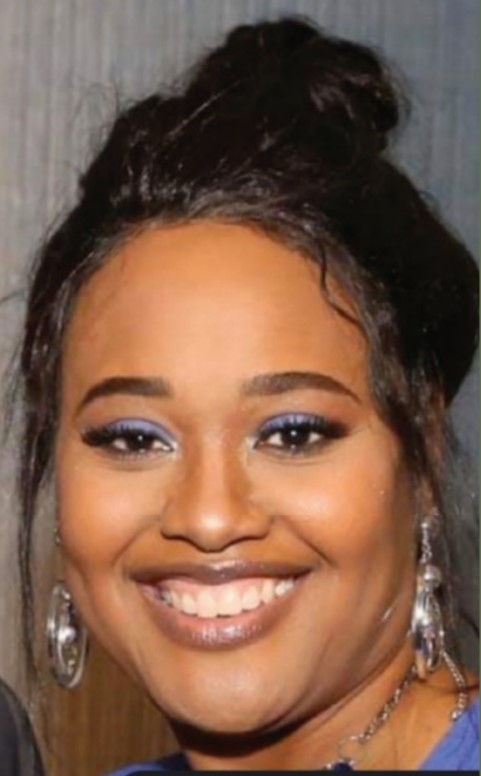 Cindy Bowden, RPR, is a freelance court reporter based in Bakersfield, Calif.

The poem “The Hill We Climb” by poet Amanda Gorman was written to call for “unity and collaboration and togetherness” among the American people and to emphasize the opportunity that the future holds. I chose “The Hill We Climb” for Cindy because the poem’s message is a hopeful one, asserting that a new “dawn” is now breaking in which Americans have the opportunity to create a more just and inclusive society.

LM | Cindy, please enlighten the court reporter family of who Cindy Bowden is.

CB | Sure. I am the 52-year-old wife of Gerald for 34 years and the mother of two adult girls Shaneece, 34, and Tierra, 32. And my husband and I have two grandchildren, Jaelen, 15, and Dior 12. I am a certified shorthand freelance semi-retired reporter in California, Nevada, Texas, and Utah, and I currently hold an RPR license. I am hopeful that by the time this article gets printed I will have an RMR.

LM | Cindy, how long have you been in this profession, and where did you attend court reporting school?

CB | I have been in the profession for a total of 17 years. I attended Merit College for Court Reporting in Van Nuys, Calif., in July of 1986, one month after graduating from high school. I graduated in 1992, but did not obtain a license until 2004 because I temporarily gave up on getting certified at 24 with no life experiences. It was time to take a job.

LM | Cindy, what was that “aha!” moment when you knew that you wanted to become a court reporter?

CB | I knew I wanted to be a court reporter at the age of 12 when a gentleman court reporter (very handsome) came to my parents’ home to take a deposition and I was fascinated by the machine. He took the time to tell me how flexible and lucrative his profession is, which made me choose this profession.

LM | I love to hear it when court reporters have obtained different degrees in different areas. What university did you attend and what degrees do you hold?

CB | I obtained a bachelor’s degree. I attended four different colleges. In 2000, I even taught a semester of business law at the Law & Government Academy. Also in 2000, I obtained a master’s degree.

LM | So it looks as if you got the teaching bug at one time.

CB | I sure did. I also worked as a paralegal at one time. In 2001 I saw an ad in the paper for a court reporting instructor. I applied and got it due to a good friend who encouraged me to take the job. Her name is Paulette Radcliff, and I am still in touch with her to this day. I taught Introduction to Paralegal, CSR prep, and speed building, and I organized career night — and I fell in love all over again. I found my old manual machine. Another reporter let me borrow an electric machine. A student dropped out, and I finally had an 8000 LX.

LM | Lord, I remember those manual and electric machines. For the students who are reading your article, how long did it take you to build your speed back up?

CB | It took me one year to build speed. In 2003 I checked out the tapes for tests at school and had another instructor grade my takes. My days consisted of working 7 a.m. to 4 p.m., teaching 6 p.m. to 10 p.m., going to qualifiers Friday afternoons, and practicing on speed daily, sometimes staying up all night— and I had a job that paid well. I passed my California and Nevada tests in 2004 and 2005. Now, for California I had a different approach and passed one section at a time. Esquire was opening a firm up in Nevada and had a position for a general manager, and I met the qualifications. I applied and took a pay cut of $10k a year. I managed the firm, saw the paychecks and thought, why am I sitting behind a desk? So, in 2009–2010 I started working in California and Nevada. I was forced to take a job as an official at Kern County Superior Court.

CB | Yes. In 2021 I took early retirement at 52. This year I was just burnt out being an official and tired of rules, politics, and the good girl club — LOL. I am back to freelancing. Happiness is key. And I still love the career, and the sky’s the limits. But currently no one is dictating my destiny, and that is the joy of being a freelance court reporter.

LM | One thing I have learned from doing both positions is that no matter which position you decide to work in, there are always going to be some positive and some negative vibes, but you have to be the one to choose your destiny. I’m glad that you have found happiness. So, Cindy, do you have any goals for 2022?

CB | Goals! Goals! Goals! By the end of 2022, I would love to pass my CRR and RMR. I just passed my Lit. I want to move to obtaining my RDR and continue to be all that I can be. I love being a court reporter. There are so many areas you can report in, whether it be official, freelance, [broadcast] captioning or CART, so if you get bored with one area, move on to the next until you find your niche and decide how hard you want to work.

CB | The most memorable event is how l had not written on my machine in over 10 years and I changed my mindset for the California exam and focused only on one thing at a time and passed a test every time. I received California and Nevada [CSRs] within months of each other, and that is my same goal for the RMR, CRR, and RDR; one test at a time.

LM | Great. Thank you so much for sharing your story.

Members can read more profiles in the Black History Month coverage in the February JCR.

Linda McSwain, RPR, is an official court reporter based in Mobile, Ala. She conducted interviews in honor of Black History Month for the February issue of the Journal of Court Reporting. She can be reached at lindamcswain@bellsouth.net.