Case study: The courtroom of the future 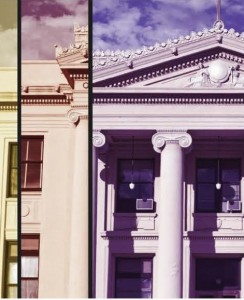 When NCRA exhibited at the American Bar Association Techshow in March 2013, the Hon. David A. Nuffer, a federal court judge in Salt Lake City, Utah, approached the reporters at the booth to see if what he wanted to accomplish in his courtroom setting could become real. He wanted a realtime solution where a reporter on any CAT system could walk into any courtroom and begin sending realtime over the Internet, a judge could receive it on his personal computer, and an attorney, no matter his software, could also receive the realtime feed.

Judge Nuffer wanted to implement such a new and innovative realtime system for state-of-the-art record delivery in the brand-new, 10-story courthouse being built at the time in Utah. The federal reporters in his court worked on different systems, so Judge Nuffer wanted a solution where the reporters could use their own systems. He wanted attorneys to be able to use whatever software they desired. The system also needed to provide secure access to the realtime stream through two systems: The attorneys would not be allowed onto the courthouse secure server and would need access to the feed through the public Wi-Fi, while the judges would stay on their secure intranet so they could access files and email throughout the day to conduct their other business. Judge Nuffer wanted all of these things to occur simultaneously and seamlessly.

Judge Nuffer was immediately connected with NCRA Director Sue Terry, who enlisted NCRA’s Tech Ed committee and myself, a Utah reporter and NCRA Director. Over the next several months, the assembled group discussed software needs, IT issues, and possible solutions to Judge Nuffer’s request.

Finally, in March 2014, Sue and I personally met with Judge Nuffer and his IT specialist for a hands-on demonstration of possible solutions to making this courtroom of the future a reality. We first met with Ed Young, a long-time federal reporter, and Larry Garland, the courthouse IT specialist. We cleared up a few issues, such as the manufacturers of CAT systems and writing machines. Then the feed was launched and sent to four mini iPads and the judge’s laptop via Internet.

We called several of the manufacturers of streaming products, and they efficiently answered the judge’s questions about their specific products. They also gave some IT remedies for some of the connection issues the courthouse staff had been having.

The judge then invited us to his courtroom upstairs, where we, within moments, were streaming, via the public Internet, to two iPads, the judge’s laptop and phone, and simultaneously, via the court’s restricted intranet, to the judge’s bench computer. The judge was thrilled as all of the obstacles he had encountered were overcome.

The federal reporters then joined us, and they were all taken from boot-up on the sending computer to receiving the live feed on iPads and on their personal phones within moments. These reporters excitedly and energetically took on this  new challenge. They are examples to all of us of how to step up to the plate and continue to grow and improve as we continue to show the world that court reporters are the premier method of keeping the record.

In a video interview I conducted with Judge Nuffer for the conference for the National Association of Court Management, he talked about his first experience with realtime: “I became convinced that this is what I wanted in my hearings and in my trials because I was so much better able to focus my attention, track what had been really been asked and answered, and carefully evaluate objections on evidence as they were made.

“So when you met with us, it was with the idea of helping us understand how we could integrate Wi-Fi into the courthouse, and realtime that Wi-Fi. So we’ve been
very appreciative of your help to make this really a state-of-the-art system,” Judge Nuffer said.
To view the 10-minute interview between Debbie Dibble and Judge Nuffer, visit NCRA’s YouTube page.

Debbie A. Dibble, RDR, CRR, CBC, CCP, is a freelance reporter in Salt Lake City, Utah, and a member of NCRA’s Board of Directors. She can be reached at ddib@allwest.net.

During #GivingTuesday, please consider donating to the National Court Reporters Foundation to support your profession. Your gift determines the present and future of the court reporting and captioning professions, which NCRF supports with grants, scholarships, and other programs.Thank you for helping the court reporting and captioning professions today – and for generations to come. ... See MoreSee Less

Welcome to NCRA! Please join us in congratulating our new participating and registered members! Learn more about joining at NCRA.org/join ... See MoreSee Less