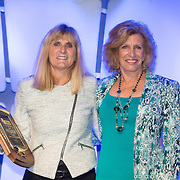 NCR’s DSA recognizes the distinguished work and service by an individual member for the benefit of the court reporting profession, including service to NCRA as a member, a committee member, a director, or an officer of the association. Other displays of distinguished work include contributing to the JCR, or service at the state or local court reporters association, or in the field of public relations or public affairs. Award winners are nominated by their peers and are recognized at NCRA’s Convention & Expo.

VanderPol, a court reporter for more than 40 years, holds the nationally recognized professional certifications of Registered Merit Reporter and Certified Realtime Reporter. She has worked as a freelancer and an official court reporter, and she has been a firm owner.

At the national level, Vander Pol has served as a member or chair of the Wireless Realtime, Paperless Future, Ethics First, and CTC Task Forces. She has also served on NCRA’s Technology Review, Realtime Systems Administrator Certification and Nominating Committees, as well as the Freelance Reporter Community of Interest. She has been instrumental in the development of NCRA’s Realtime Systems Administrator Certificate program.

“There are numerous NCRA members who tirelessly toil in the background for many years and deserve to be recognized for their efforts and commitments,” said Merilyn Sanchez, RMR, CRR, a retired court reporter from Chandler, Ariz., and Chair of the Association’s DSA Committee.

“I am so honored to present this award. This is not the first DSA presentation I have made, but each time is a very emotional experience for me. I know the hard work and the personal sacrifices of each reporter,” said Sanchez, a past DSA recipient. “My heart races as I make the announcement, and I wonder how long it will be before the reporter experiences the shock and disbelief when their name is announced.” (The long-standing tradition for this award is to outline the recipient’s career and achievements without mentioning the person’s name until near the end.)

Throughout her professional career, VanderPol has also been active at the state level, serving on the California Court Reporters Association’s Technology Committee and Legislative Council. She has also served as a presenter and lecture at the national and state levels for court reporting associations and other related organizations. VanderPol has also been published in a number of outlets including the JCR, California’s Caligrams, and numerous monthly and online newsletters.