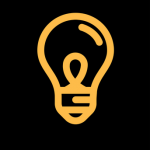 The many benefits of NCRA’s online testing program include a user-friendly and secure system, more testing opportunities annually, faster results, and greater affordability. However, users of the system continue to report that the freedom and convenience of being able to test in a location of their choosing, including at home or in the office, continues to rank as one of the biggest factors for success.

The program, which is a partnership between NCRA, Realtime Coach, and ProctorU, was launched in August 2015 and offers online skills testing platforms for candidates of the RPR, RMR, CRR, and CRC certifications. Since then, more than 2,300 tests have been taken online.

“This was my first online testing experience, and I was able to pass the last leg of the RPR that I needed to become certified, so I’d say it was a pretty great experience. I like the online testing much better than having to go to a brick-and-mortar testing site. I did not like having to wake up very early in the morning to make it to the testing site and having to bring all of my equipment. Less anxiety testing from home in that regard,” said Christina E. Sarisky, RPR, a freelance reporter from Rutherford, N.J.

Brittany Blesener, RPR, an official court reporter from Chaska, Minn., agrees that the best benefit to online testing is “taking it at your own time, one leg at a time, instead of having a set date.”

First-time online test-taker Megan Orris, RPR, an official court reporter from Middleburg, Penn., said she personally likes the online testing for the skills portion of certification because it makes things go quickly and, rather than the six to eight weeks it takes to receive official results from a brick-and-mortar site, online official results are emailed within three to seven days.

“I think people can get nervous over having to wait a period of time to know whether they passed or failed a test,” she noted.

NCRA recently made available on its YouTube channel a series of nine online testing instructional videos created by Realtime Coach that cover the entire process from a basic orientation to scheduling the actual test. The short videos were designed to provide candidates with an easy-to-use resource for prepping.

Additional security measures required by the online system include candidates signing a mandatory confidentiality form that indicates that the subject and words of the test will not be disclosed to other candidates and proctors that are connected to candidates in real time, with live audio and video connections that include a view and live feed of the candidate’s monitor through screen-sharing technology. Candidates are also required to use an external webcam to show that their workspace is secure by giving a 360-degree pan of the entire room and desk or workspace.

Under the online system, NCRA allows candidates to take up to three skills test attempts in each quarter. For information visit NCRA’s online skills testing page.

Published in Career and Certification