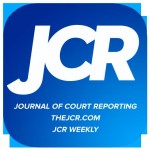 The Silent Network, the nation’s first national television network geared to viewers who are deaf and hard of hearing, announced in a press release issued Oct. 26 that it has relaunched its television service. The Silent Network will present all programing in sign language, open captioning, and full sound, granting accessibility to everyone. The revival is the result of a new partnership between the Media Data Network (Las Vegas, Nev.) and the Deaf Television Foundation (Austin, Texas), which operates The Silent Network.