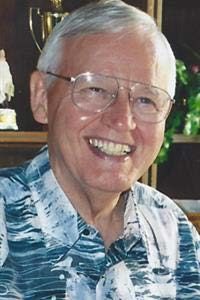 Peterson reported for 52 years, working in Kansas City, Mo.; Tulsa, Okla.; and Oklahoma City. He worked as both an official and a freelance reporter. He held, at one time, the RPR, RMR, and CRR. He was one of the earliest realtime reporters.

Peterson was the Associated Stenotypists of America (ASA) speed champion in 1963 and 1964, and he served as president of the Associated Stenotypists of America in 1967. (The ASA eventually merged with the National Shorthand Reporters Association (NSRA), the precursor to NCRA.) He also competed in many NSRA Speed Contests and placed second in the Speed Contest in 1975. He was named a Fellow of the Academy of Professional Reporters in 1976.

Published in In Memoriam, News, People and People in the News