Those tricky tech terms – when to lowercase, when to hyphenate, and more 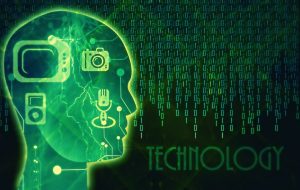 The JCR recently reached out to NCRA’s Proofreading Advisory Council members asking their opinion on spelling and capitalization on a variety of technology terms. Council members were also asked to share their references to back up their responses. The discussion inadvertently revealed how much language can change even within a few short years. The terms are below:

Tara Gandel Hudson, RPR, CRR, for example, chose Internet because “Merriam-Webster still uses the cap. Perhaps it will change some day but not yet.” She also chose Google, adding, “While the preferred way may change to lowercase in the future, I don’t think we’re there yet.” And she chose cloud excepting if “it’s part of a proper name like iCloud.”

Katherine Schilling, RPR, defaulted to Merriam-Webster’s primary entry for all terms except cloud, explaining, “I actually have no good reason for this other than to capitalize it makes it sound like it’s a business’s name.”

Pat Miller, CRI, CPE, abstained completely because “I use almost all of the options depending on which reporter’s work I am reading” as a proofreader, which is probably the most telling statement of all.

Aimee Suhie, RPR: “When the first of these terms came up in transcripts in the dark ages, I’d like to say I Googled them (definitely Googled capped because it is a proper name) and used Internet capped; web site as two words, lowercase; and e-mail hyphenated (although now I would do it as one word, email, because so many terms such as evite and eTran begin with lowercase e no space). I looked up smartphone as recently as this past year on Google and found it to be one word lowercase. But I would cap the Cloud simply because it’s cool.”

Francesca Ivy, RPR, said, “I guess I should revisit these terms from time to time considering how fast the computer world progresses” but offered the following responses:

Lisa Inverso (scopist for Kathy McHugh, RPR, CRR): “I can tell you how I do it, but I’m not sure I can give the why because just looking up Internet shows a lot of controversy in the why and when to use it. It was once referred to as a proper noun and that’s why it was capitalized, but then if it’s used as an adjective like internet resources, it is not capped. So I’m not sure there are any easy answers to these. Some of these are changing with time, which is making it difficult for everyone.

My comments below reflect how I do things when working on jobs for editing. If I’m proofing jobs, I always go with what the reporter has and keep everything consistent.

Judy Lehman, FAPR, RMR, CRI: “These are my practices and opinions only, of course — because if you look long and dig deep enough, you’ll find conflicting rules and usage and a decent argument for whichever style you choose. So in the end, just be consistent.

What is cloud computing? Everything you need to know now | InfoWorld

Jul 10, 2017 – The “cloud” in cloud computing originated from the habit of drawing the internet as a fluffy cloud in network diagrams. No wonder the most popular meaning of cloud computing refers to running workloads over the internet remotely in a commercial provider’s data center — the so-called “public cloud” model.

Unless you are talking about a particular company’s cloud perhaps, i.e.: IBM Cloud or Azure Cloud computing, which you may then want to capitalize.

In terms of NCRA skills testing, the RPR, RMR, CRR, and CRC Skills Tests are developed based on the rules of punctuation set forth in The Gregg Reference Manual and Merriam Webster’s Dictionary.

Grammatical sleuthing: Best resources for searching in print and online

Commas and hyphens and exclamation points, oh my! A conversation about punctuation