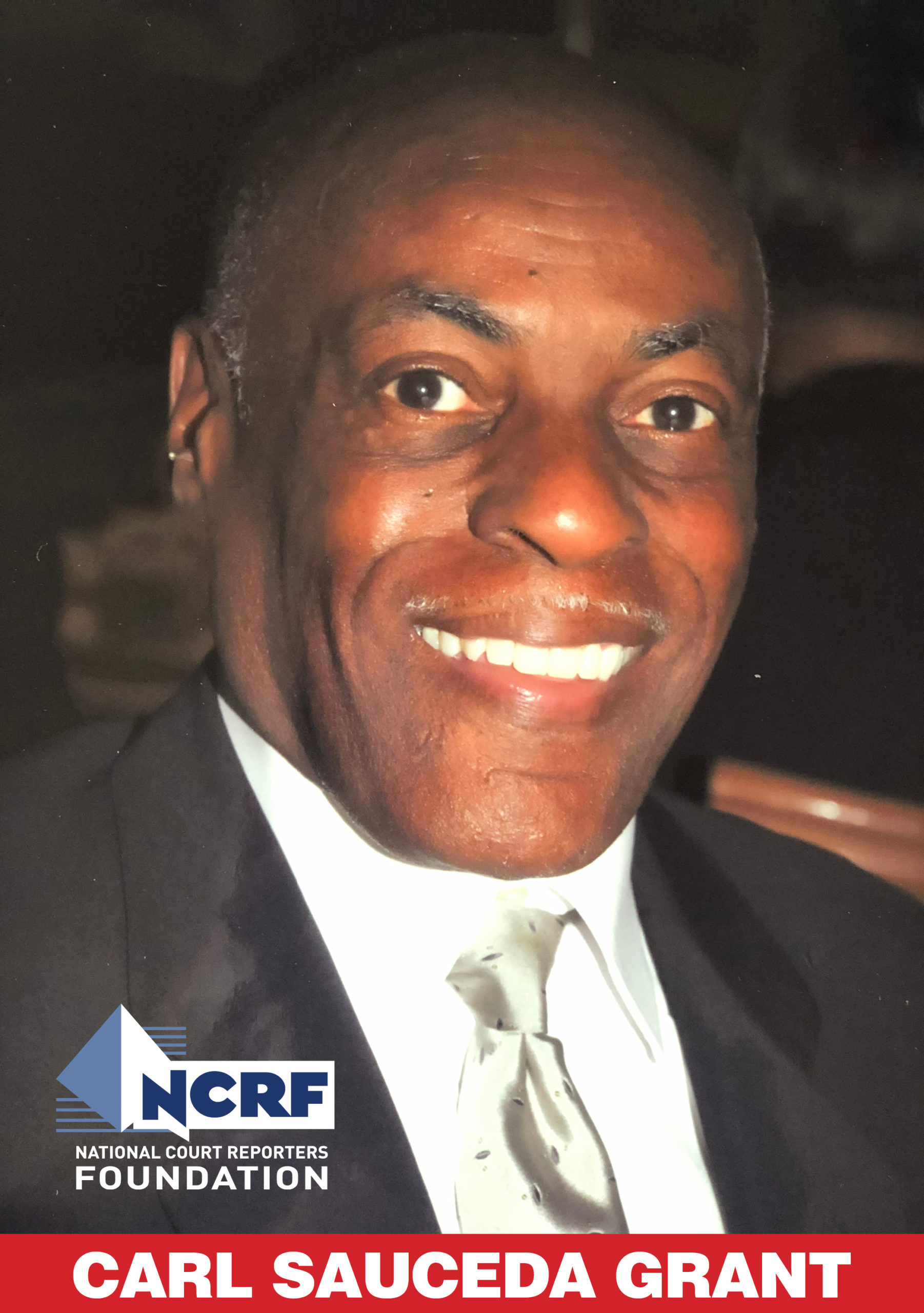 The National Court Reporters Foundation has announced the launch of the first NCRF Carl Sauceda Grant, which opened on Monday, Jan. 17, Martin Luther King, Jr. Day, also known as a day of service. The grant’s original promoters, the African American Court Reporters, chose this date since the award goes to a court reporter or captioner who elevates the profession by impacting and teaching others.

Sauceda shared his thoughts on being honored with a grant in his name in the February issue of the Journal of Court Reporting.

Carl Sauceda, FAPR, RMR (Ret.), of Hayward, Calif., was elected to serve as the National Court Reporters Association President from 1999 to 2000, but his legacy of giving back to others carries on today. This grant will be awarded to a court reporter or captioner who has shared his or her knowledge by either helping to build a mentoring network, assisting others to advance their skills, or providing a comparable learning activity.

NCRF Chair Early Langley, RMR, of Danville, Calif., said: “I met Carl when I served as president of the California Court Reporters Association. He was volunteering his time in the court reporting school close to me. His eyes would light up when he taught the students as they progressed. It was an honor to have been standing beside him. Recognizing and contributing to the Carl Sauceda Grant symbolizes his unselfish devotion to the future of our profession, and the National Court Reporters Foundation is honored to be a part of it.”

When NCRF Trustee Linda McSwain, RPR, of Mobile, Ala., informed Sauceda about the idea of this grant, he said, “I was entirely moved by the thought of that.”

Those who know Sauceda know he is passionate. “After having served as an official court reporter in the courtroom for more than 45 years, I felt that I was one of the most fortunate persons in the world to embrace the profession of court reporting, a career that I enjoyed tremendously,” Sauceda said. “My becoming a court reporter introduced a world to me that I would have never known. “

The grant’s purpose is to recognize those who have had an influence in the lives of rising court reporters. “[Receiving this grant] will be an honor for the recipient to continue to promote and support the profession,” said Sauceda.

The deadline for applications is Mar. 17. Apply or nominate a colleague here.

Read Sauceda’s article “A grant in my name” here.

Published in Career, NCRF and News