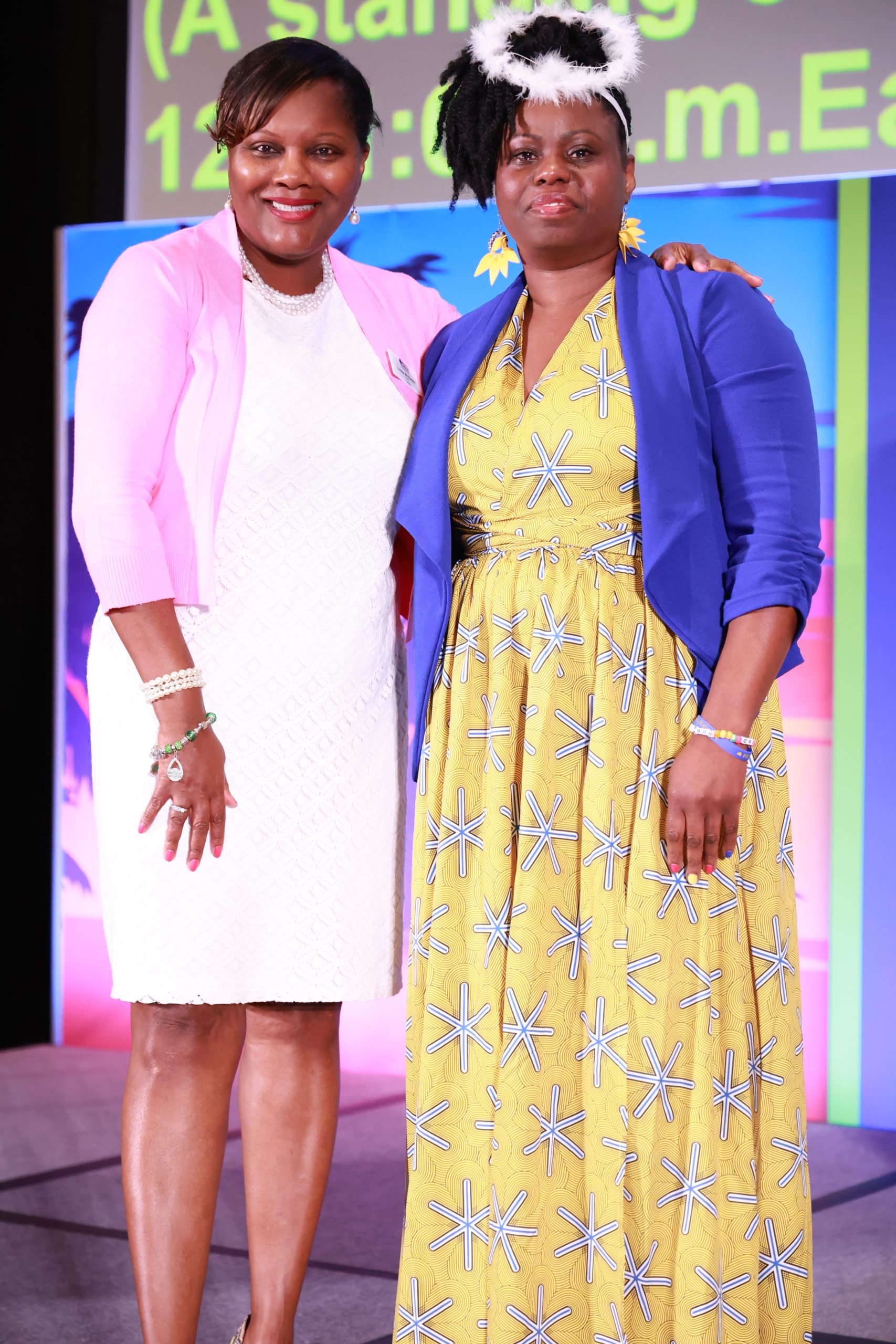 The National Court Reporters Foundation (NCRF) presented the inaugural Carl Sauceda Grant in the amount of $1,000 to Margary Rogers, RPR, CRI, a court reporter and CART provider from Washington, D.C. The announcement was made at a special awards luncheon at NCRA’s Conference & Expo held July 21-July 24 in Orlando, Fla.

NCRF announced the launch of the first NCRF Carl Sauceda Grant on Monday, Jan. 17, Martin Luther King, Jr. Day, also known as a day of service. The grant’s original promoters, the African American Court Reporters, chose the date since the award goes to a court reporter or captioner who elevates the profession by impacting and teaching others.

The grant honors Sauceda, FAPR, RMR (Ret.), of Hayward, Calif., who served as NCRA President from 1999 to 2000 and continues a legacy of giving back to others. The grant was awarded to Rogers in a unanimous vote by NCRF Trustees in recognition of her promotion of the profession to others, the influence she has had in the lives of rising court reporters, and her continuous commitment to supporting the stenographic court reporting and captioning professions.

At the national level, Rogers serves as Chair of NCRA’s Membership Committee, is active in the Association’s student mentoring program, and is a contributor to the Journal of Court Reporting (JCR), the official publication of NCRA. She is a past member of the Association’s Peers Helping Peers Committee and is credited with creating the Facebook group “Stenographers Leveling up with Certification,” to encourage and promote court reporters nationwide to obtain court reporting certifications. She has presented numerous times at the national and state levels. She is also a student sponsor, a National Court Reporters Foundation (NCRF) donor, and a member of the NCRF Angels Gatherer Committee.

In addition to showcasing the stenographic court reporting and captioning profession at local career fairs, she has hosted and organized numerous other events including a “High Tea for High Achievers” for court reporting students attending the 2019 NCRA Conference held in Denver, Colo. To mark the 2022 national Court Reporting & Captioning Week, she organized a virtual transcribe-a-thon in conjunction with the Smithsonian Transcription Center and staff from the National Museum of African American History and Culture in Washington, D.C., to help with the museum’s ongoing effort to transcribe more than 1.5 million original documents from the post–Civil War era that are housed in the Freedmen’s Bureau Records. The documents include letters from slaves from centuries ago. Rogers also helped organize a second transcribe-a-thon during NCRA’s 2022 Conference & Expo held in Orlando, Fla.

She is also credited with organizing volunteers to write Martin Luther King, Jr.’s “I Have a Dream” speech in steno in honor of Black History Month, spearheading the launch of a month-long membership campaign as chair of NCRA’s Membership Committee, and starting the “Steno Fitness Challenge,” which challenges members to exercise at least 15 minutes per day to get fit before NCRA’s annual Conference & Expo.

Rogers is committed to attending every annual conference at the national and state level and regularly participates in the NCRA Annual Business Meetings. She also holds membership in the Values Change Team at Washington, D.C., Superior Court, where she helps to organize and facilitate meetings, seminars, and workshops to promote the values, mission, and goals of the Court as a whole.

Rogers, a proud mother of seven-year-old Ava, has been called by her peers a “one-woman publicity machine for the profession” and is recognized for her ability to inspire, unite, and empower others to serve.

Published in Events, NCRF and News