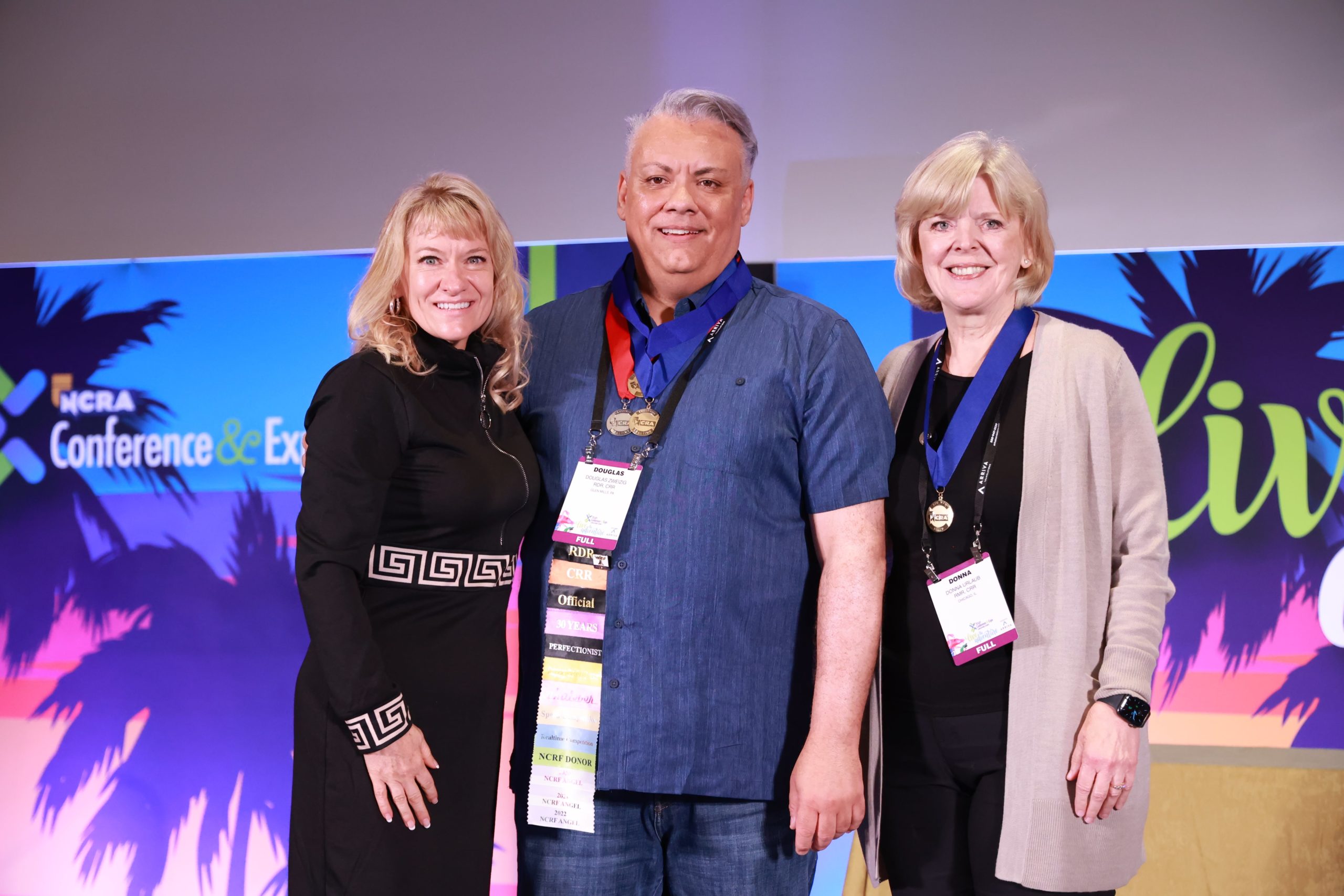 Doug Zweizig, RDR, CRR, of Wilmington, Del., won both the Speed and Realtime Contest trophies during the NCRA 2022 Conference & Expo in Orlando, Fla.

Across the five legs, Zweizig earned three first-place and two second-place medals. In the Realtime Contest, he placed second in the Literary leg and first in the Q&A. In the Speed Contest, he tied for first in the Literary leg with Donna Urlaub, RMR, CRR, of Chicago, Ill., who won in 2021; and placed first in the Legal Opinion and second in the Q&A. Zweizig previously won the Realtime Contest four times; however, it was his first win in the Speed Contest, a long-time goal.

In the Speed Contest, Sherry Bryant, RMR, CRR, of Harrisburg, Pa., placed second, and Sheri Smargon, RMR, CRR, CRC, of Riverview, Fla., placed third. Also of note was a perfect paper in the Q&A leg, submitted by Urlaub. This was the first 100% correct leg since 2015.

The Speed Contest consists of three legs: literary at 220 wpm, legal opinion at 230 wpm, and testimony at 280 wpm. Contestants have a total of 90 minutes per leg for transcription.

The Realtime Contest consists of two legs: literary at 200 wpm and testimony at 225 wpm. Contestants must turn in an ASCII file immediately following the end of dictation.

In both contests, contestants must receive 95 percent accuracy to qualify; accuracy also determines the winners.