Working (and walking!) together 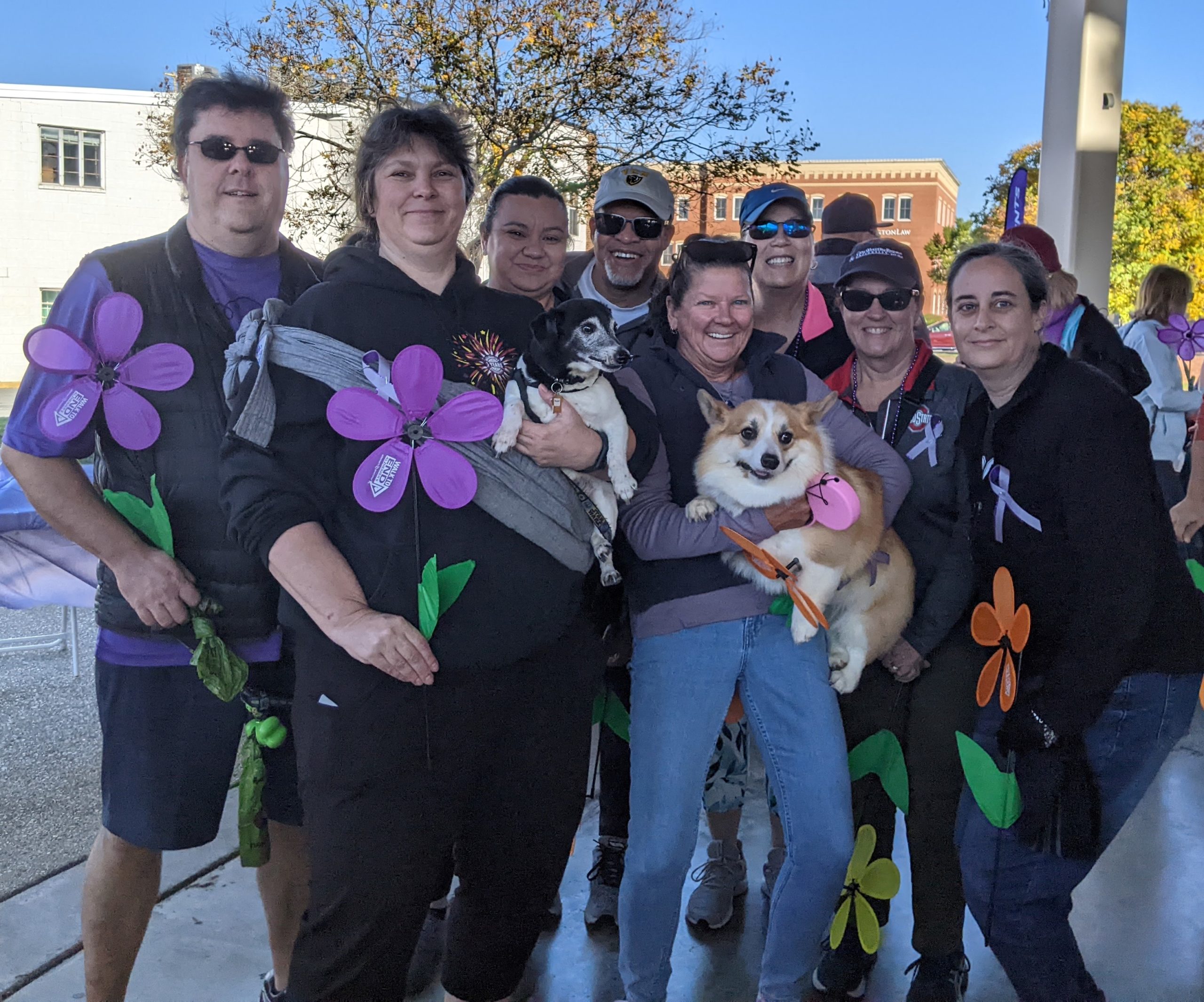 Last Saturday eight NCRA staffers (and a couple of family members and dogs) met in Manassas, Va., to participate in the 2022 Walk to End Alzheimer’s® – VA Tri-Counties. Along with 622 other people, they braved a cool morning to walk in honor of those they had recently lost to Alzheimer’s as well as those living with it. Together with others on staff they donated and raised $1,440 toward the $181,251 raised by all walkers that morning.

Held annually at more than 600 locations, the Walk to End Alzheimer’s is one of the world’s largest fundraisers for Alzheimer’s research and provides resources to caregivers and those suffering with dementia. It is estimated that there are more than 55 million people worldwide living with Alzheimer’s and other forms of dementia, of which more than six million live in the United States. One in nine people over 65 is living with dementia, and it is estimated that one in three seniors dies from Alzheimer’s or another form of dementia. (Source: Alz.org https://www.alz.org/alzheimers-dementia/facts-figures)

As we approach the holiday season and Giving Tuesday (Nov. 29), please consider:

Whether raising money for a cause, advocating for the court reporting and captioning professions, or just supporting each other in difficult times, remember that we are stronger together.

Published in Features, NCRF and News