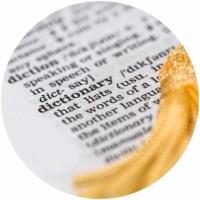 In case you’ve been wondering (or secretly suspecting) what the most misspelled word in the country is, a recent study is here to slake your curiosity. The website Wordtips, a treasure trove that offers everything from word games and Scrabble hacks to the “last lines from 19 of the most beautiful books ever written,” reveals not only the most commonly misspelled words in the country but in each state as well.

Coolly – the adverb of cool – tops the list for the U.S. (most often misspelled with one l). The study was conducted by analyzing samples from more than two billion geotagged tweets from around the world and then breaking down the highest percentage of misspellings for each country and state.

The Twittersphere is not exactly literature or an official transcript – and you do have the option to turn on spell-check – but don’t be afraid to admit if some of these misspellings look familiar.

A deeper dive into the study provides some fun facts and historical background for why some words are misspelled the way they are. The word minuscule, for example, comes from minus, not mini (hence the common misspelling miniscule). In Haiti, English speakers commonly misspell rhyme as rime, which is how it was spelled until the 17th century, a change attributed to Samuel Johnson.

You can see more information, as well as maps of the most-often misspelled words for each country as well as individual states, here.