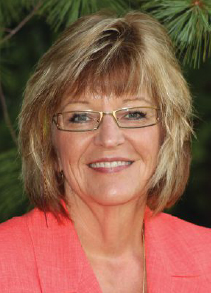 Watch just one news report and see how many stats and figures you hear on a variety of topics, i.e., percent- ages of overweight children, economic issues, and how many celebrities are getting divorced. Here’s a real statistic that should touch all of us: Violent incidents in court- houses happen at the rate of one per month.

When you stop and think about it, it’s staggering and quite alarming that our colleagues and John Q. Public are at a risk for harm on a daily basis. NCRA has put a lot of effort into seeing the Local Courthouse Safety Act move closer to becoming a law.

The Local Courthouse Safety Act proposes that we allocate already-existing grants from the Department of Justice to train security officers and other courthouse personnel to deter and react to potentially dangerous attacks. It would also allow local courthouses across the country to request from the Department of Justice some of the millions of dollars’ worth of unused security equipment it has — metal detectors, baggage screeners, and handheld wands — and the DOJ has grant money set aside to train security personnel how to use it.

For many reasons, this legislation is a no brainer. The Congressional Budget Office has indicated that this proposal is “budget neutral,” meaning that there’s no hefty price tag that accompanies the plan. With NCRA’s active involvement in the Local Courthouse Safety Act, we’re simply proposing that some of these resources be dedicated to the safety of courthouse employees and citizens who gather in these public institutions.

Luckily, safety, for the most part, is a nonpartisan issue. Though a few elected officials are not in favor of these types of proposals for purely philosophical reasons (mainly to tamp down “big government” proposals and leave decisions such as these in the hands of state officials), we are fortunate that with some significant co-sponsors and the active involvement of NCRA, we have seen the Local Courthouse Safety Act gain some traction.

The Local Courthouse Safety Act (S. 2076) was introduced by Senator Al Franken of Minnesota with Senator John Boozman of Arkansas signing on as the lead cosponsor. NCRA has been vocal in thanking these senators for their role in kicking off the proposal. In May, the Act passed out of the Senate Judiciary Committee with bipartisan support. This means that it is now headed to the floor of the Senate, once the group reconvenes after its fall recess.

On the House side, NCRA’s Government Relations team lobbied hard to promote the introduction of a companion bill. NCRA brought the legislation to the attention of Lamar Smith of Texas who chairs the House Judiciary Committee. With Rep. Smith’s support, legislators from both sides of the aisle signed on as cosponsors, including Rep. Sandy Adams of Florida, who introduced the bill to the House in July. The bill passed out of the House of Representatives in September without opposition.

The Local Courthouse Safety Act remains in the hands of the Senate, and our Government Relations team is working hard on our behalf to do whatever we can to get the proposal passed out of the Senate. Once that happens, the Act would then, of course, be presented to the president to be signed into law. Stay tuned to NCRA’s website and publications to track the Local Courthouse Safety Act as it progresses.

THE VOICE OF NCRA

The Local Courthouse Safety Act is just one of many examples of how the collective voice of NCRA can make a difference in each of our individual lives. When we pay our membership dues each year, unlike a cell phone bill or a grocery receipt, we don’t receive a statement that lists “Your income increased X percent because of your new certification” or “the value of the education you received at Annual Convention was worth $X,XXX” or even a little note that points out that, thanks in part to the efforts of our Government Relations team, stenographic court reporting was not eliminated in a certain jurisdiction or state.

But in the case of the Local Courthouse Safety Act, with all of the hard work we have done as an association to facilitate the passing of this proposal into law (fingers crossed!), I think we can all agree that the eventual result could prove to be invaluable. How many years of membership dues would you pay to save a life or prevent serious injury to just one colleague — or anyone for that matter? Collectively, we may be able to make a significant impact on the stats and figures concerning courthouse safety, and that would be a number worth noting.

John Schindhelm, RMR, CRR, an official in New Berlin, Wis., is the winner of a drawing for members who renewed their NCRA membership in the month of November. Schindhelm, who has been an NCRA member since 1977, has won a $100 Amazon gift card. ➡️ Link in bio, the JCR. ... See MoreSee Less