Many years ago, I was interviewed by a president judge for an officialship in a small judicial district served by two jurists in rural Western Pennsylvania. The judge’s secretary was his wife. Little did I know at that first meeting that I too would enter a lifelong journey of dealing with relationships that linked my professional world with my personal world. 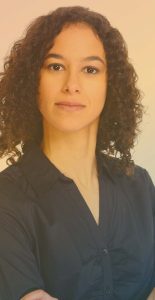 After I was hired by that president judge, I learned that the judge’s brother was a practicing lawyer. The court administrator was careful to make sure that that attorney did not appear in proceedings before that judge. As I was soon to learn, there was another lawyer in that judge’s family. His cousin was the district attorney (DA), but that relationship was deemed distant enough so that the DA was able to prosecute cases in front of either judge. The daughter of our other judge, termed the associate judge, was married to a practicing lawyer; that lawyer was prohibited from appearing before his father-in-law.

Does this sound confusing? Well, wait, because it continues. And I added to the mix.

As time went on, I married a lawyer who was a principal in a local law firm (the Cascio law firm), which included his father and brother, among others. Adhering to Code of Professional Ethics No. 2 (avoid situations that are conflicts of interest or appear to be) and No. 3 (avoid the appearance of impropriety), of course, affected my assignments in certain cases.

When a court reporter has a relationship with a party that compromises the reporter’s impartiality, that relationship at the very least has to be disclosed and an agreement to proceed obtained by the parties affected, and at the very most must be avoided (see Advisory Opinion No. 2, Reporter’s relationship to litigants; 1987, 2013; and No. 3, Reporting for a spouse’s law firm; 1987; 2013). 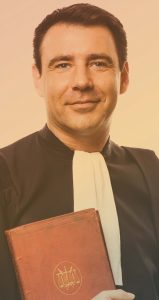 Continuing in my career, that lawyer I married ascended to the bench. By this time there was a new set of judges and a new president judge. Anticipating the inevitable situation of working together, my husband had sought an opinion from the Judicial Ethics Committee of the Pennsylvania Conference of State Trial Judges. The opinion expressed that there was no violation of the Code of Judicial Conduct if I continued my work as an official reporter and that I could report proceedings that were held in his courtroom. Despite the ruling, our new president judge preferred that I would work in my husband’s courtroom only if absolutely necessary, meaning all other reporters were either absent or swamped with work.

This was in a three-judge county with only three reporters. We called it working without a net. We use a pooling system of reporters. However, my husband’s busy courtroom and my inability to rotate into it regularly created some difficulty with the flow of work in those 15 years until our president judge retired and his rule was abolished.

In 2006, when my husband became president judge, the ruling from 1990 was dusted off, and I began a regular rotation of working for every judge. I guess this means I have more experience than most in evaluating and dealing with appearance of impartiality. However, in a 50-mile radius of my home, I personally know three court reporters married to Pennsylvania State Court trial judges, so I am not alone.

The husband-and-wife relationship in the courtroom may seem curious to some. I always emphasize that the judge and the court reporter are the impartial people in the courtroom. In jurisdictions where there is sufficient staff to adhere to a rule of not working together, that is fine. In my situation living in a small town, that is impossible.

By the way, my brother-in-law is still practicing law at that same law firm, and so I disclose that relationship to every out-of-town counsel even though my husband obviously has no tie to that law firm. But by this time, that relationship is well known. At the current time, our judicial district has sought a ruling from the current Ethics Committee of the Pennsylvania Conference of State Trial Judges on some other relationships. Of our three sitting judges, the current president judge’s ex-wife practices law with the Cascio firm, my husband’s brother continues to practice law with the firm, and our newly elected judge is a former partner from the same firm.

The ruling from the Ethics Committee was that any contested matters emanating from the Cascio law firm must be heard by a specially appointed senior judge.

My point in sharing that bit of confusing data is because jurists in my court are acting with care to adhere to standards of acceptable judicial conduct, so they have sought this ruling to guide the court operations going forward.

There may exist in some states licensure or advisory boards to help guide reporters’ professional conduct. We in Pennsylvania are not so lucky. But just as our state courts have the ability to seek guidance from an Ethics Committee, so too do we reporters on a nationwide basis have the ability to seek guidance from a bona fide body so all actions we take can have sound reasoning and we can avoid the appearance of impropriety.

Court reporters have the NCRA Code of Professional Ethics as well as the set of Public Advisory Opinions, conveniently accessible on NCRA’S website. In addition, NCRA’s Committee on Professional Ethics stands ready to discuss any situation brought before them by any member (if not already addressed in a current public advisory opinion).

According to Priority #4, Advocacy, in Vision 2018, NCRA’s Strategic Plan, NCRA will continue to “establish, perpetuate, and promote standards of conduct for court reporters.” In Priority #5, Professional Development, it is clear that “NCRA will establish and refine standards of knowledge, competence, and professional practice.” Thus, we can be assured going into the future that NCRA will remain our guide for any questionable issue.

Donna Cascio, RDR, CMRS, is an official court reporter in Somerset, Pa. She is also a member of NCRA’s Committee on Professional Ethics.

Upon appearing for a deposition or any other proceeding, the reporter finds that the reporter is related to one of the attorneys.

Is it the reporter’s responsibility to advise counsel of the relationship?

Reasons requiring disclosure include, but are not limited to:

Obviously, it is not possible to list all relationships that may be a conflict of interest or give the appearance of a conflict. Therefore, the Committee recommends that whenever a reporter is unsure of whether to disclose a relationship, the reporter should disclose the relationship as soon as known. For further discussion on this topic, please refer to Public Advisory Opinion No. 3.

It is the Committee’s opinion that failure to disclose any relationship that might reasonably call into question the reporter’s impartiality is a violation of Provisions 1 and 2 of the Code of Professional Ethics. These provisions state that the member shall:

No. 1. Be fair and impartial toward each participant in all aspects of reporting proceedings, and always offer to provide comparable services to all parties in a proceeding.

If the reporter does not follow these steps, it would constitute a violation of Provisions 1 and 3 of the Code of Professional Ethics. These provisions require that the reporter be impartial in all aspects of reported proceedings and guard against not only the fact but also the appearance of impropriety.

It is the Committee’s opinion that scheduling proceedings for the law firm of a reporter’s spouse and requesting another reporter to take the proceedings being conducted by the first reporter’s spouse, and the acceptance of any part of the fee therefor by that reporter, does not violate any provision of the Code of Professional Ethics.

It is also the opinion of the Committee that for the reporter to report proceedings involving other members of the spouse’s law firm would be a violation of Provisions 1 and 3 of the Code of Professional Ethics unless:

The applicable provisions of the Code of Professional Ethics state that the member shall:

No. 1. Be fair and impartial toward each participant in all aspects of reported proceedings, and always offer to provide comparable services to all parties in a proceeding.

No. 3. Guard against not only the fact but the appearance of impropriety.

Published in Business, Career, Ethics, Ethics and Reporting on the courts