Cascio retires after more than four decades of court reporting

The Daily American posted an article on March 5 about the career of NCRA member Donna S. Cascio, FAPR, RDR, CMRS, from Somerset, Pa., who recently retired after four decades working as an official court reporter.

The following article is reprinted with permission of The Daily American. 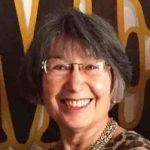 After more than four decades as a court reporter, Somerset resident Donna Cascio maintains high regard for the position.

She retired Friday after a distinguished career full of accolades.

“It is unheard of today for someone to remain in the same job for four decades,” she said with a smile and a straight-forward look as she sat in a jury room surrounded by party favors and congratulations signs that were put there by her colleagues.

She ran her hand over the curved bangs of her layered bob as she sat writing out a list for her final day. Cascio was wearing her professional uniform, her petite figure outlined by a dark skirt and jacket and muted colored blouse.

During the interview, several of her colleagues popped in to say a few words.

“I feel very honored and appreciated the fuss that has been made over me,” she said. “I did not ask for it. I did not expect it, but I do appreciate it.”

Court reporting has suited her well.

“It fits my personality as a professional. The profession of court reporting demands that,” she said.

She ticked off some of the traits needed that she sees in herself.

She has a great sense of right and wrong and ethical conduct, she said.

“That is what being a court reporter in the courtroom is all about,” she added.

“I’m an impartial person in the courtroom, an extension of the court. It is my job to maintain an accurate record of what happens in the courtroom to protect people’s rights, because the court record made by a court reporter is the record that goes to appeal in higher court and proves whether people were given their rights.”

Working at the Somerset County Courthouse has enabled her “to see the picture from beginning to end.”

People who are trained in court reporting have many avenues today, from close-captioning for television, owning a freelance court reporting business, or internet work where they can be called to record important business matters.

One of Cascio’s friends works for the International Monetary Fund in Washington, D.C. Another friend also retired Friday from his job as an official reporter in the (U.S.) House of Representatives.

“So the skill set possessed by court reporters today can take you many places,” she said.

She provided a quote about the profession: “Court reporting is a profession that puts the world at your fingertips,” she said with a grin.

“A trained reporter will go with a computer into a classroom for the hearing-impaired student and provide the verbatim lecture of the professor in college and enable hearing-impaired people to expand their knowledge, get a great education and have a degree,” she said.

She believes in education.

“I came from a family, my mother had an eighth-grade education only, and I was the first one of my family of five girls to pursue higher education and I chose court reporting,” she said.

She took enough courses at Conemaugh Township Area High School to finish college in one year instead of the required two years.

While she was in school in Pittsburgh, her father saw an ad for a court reporter in Somerset County and called her. Then-President Judge Charles Coffroth interviewed her for the job. It was a Saturday, she remembered.

She said she has never looked back without a gracious smile.

There have been highs and lows over the 45 years, she admitted.

A low time was in the mid-1980s when a local official, who was part of the justice system, misused his authoritative powers and hurt people under his protection. He was later sentenced, she said.

A high time was witnessing how county residents helped each other during the terrorist attacks on 9/11.

She said she enjoyed working with people at the courthouse and helping others.

“That is what we do every day,” Cascio said. “And we work together to do that. The help I’ve been provided by all the offices has been outstanding.”

Her career has opened the door to meet other people in her profession. Being on the board of directors for both state and national associations allowed her to make friendships that she has maintained.

On her final day she was set to “entertain her colleagues” who wanted to be part of her farewell.

Now she plans to become more engrossed in her watercolor art, do a little gardening, enjoy cooking and learn to balance her life with everything she wants to do as a busy retiree. She said she is thrilled that she and her husband, John Cascio, a retired judge, can attend their children’s big moments in their careers and personal lives. Their daughter lives and works in New York City, their son is in Washington, D.C.

Life is about a good balance, she said.