What had my daughter gotten me into now? As a staff member at Foothill Technology High School in Ventura, Calif., she had signed me up to present at the school’s career day. Yes, I had been talking about how badly reporters were needed and might have even mentioned that I’d like to have a chance to talk to the high school students, but now I was going to have to make good on my intentions.

The first thing I did was go to NCRA’s website, hoping to find some helpful material for presenting court reporting as a career. There were several helpful resources at www.DiscoverSteno.org, including flyers, a PowerPoint presentation, and a short video about the many ways reporting skills can be used for employment. [Ed. Note: NCRA maintains www.DiscoverSteno.org as a website for prospective court reporters.]

Next I made some notes about some of my more interesting experiences as a reporter. I hadn’t taken the depositions of any really famous people, but I did have some interesting court cases to talk about, as well as some CART jobs. I edited the PowerPoint a bit, embedded a link to the online video, and put it on a flash drive. Fortunately, since this is a magnet high school with an emphasis on technology, they had computers and projectors available for showing my presentation. I thought it was the perfect venue for presenting reporting as an IT career.

I made a two-sided handout and made sure I had plenty of my business cards on hand.

The school had provided a few questions that should be answered during my presentation, so I wrote up a one-page narrative answering those questions, and I was set to go.

On Career Day, I packed up my computer, steno machine, browsers, and headed to the school. I was sent to a classroom supervised by a teacher, and I set up my equipment. I had been asked to talk for 20-25 minutes and allow time for questions. The total class period would be one hour. 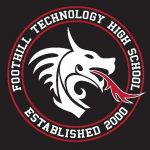 There are different ways to set up Career Days, and at Foothill High, the students rotate through four presentations during the day, and they are assigned to them by the staff. So no one came because they wanted to hear a court reporter. In fact, in each of my four class periods, only one to two students of the 10 to 15 there had ever heard of a court reporter.

I thought everything went very well. I went through my PowerPoint, played the video, gave my talk, and did a realtime demo. I had brought some samples of interesting transcripts, some of which I’d found on the internet and some personal. For the realtime demo, I had two student volunteers read the transcript while I took it down. I used internet-based realtime streaming, Trialbook by StenoCAT. This meant the students were able to follow my realtime on their phones or tablets (as could anyone anywhere in the world with internet access as long as they had the password). Because the Foothill mascot is a dragon, my password for the day was “Dragons,” adding a little personalization for the students. In addition, the teacher projected my realtime feed onto the large screen at the front of the classroom. Everyone agreed this was pretty cool technology, and they were amazed I could keep up while they were reading fairly fast.

I was pleasantly surprised that the students were very attentive and asked intelligent questions.  The teacher who was supervising our sessions said he was thinking of changing careers. I believe I had several who were very interested in pursuing court reporting, and I heard from school staff that the two sessions the students were buzzing about were the court reporter and the lawyer. I would gladly participate in a career day event again. The day turned out to be really fun and rewarding. In my opinion, court reporting as a career option is the best-kept secret that needs to be a secret no longer.

So what will you do to get the word out about this great job opportunity? Please consider giving some of your time to talk to a group of students or even give a talk at a service club or other community organization. It doesn’t take any special skills. Just talk about what you do. People are interested, and you can be a part of helping to mitigate the shortage of reporters.

Irene Abbey, RDR, CRR, is a freelance court reporter based in Ventura, Calif. She can be reached at abbey.csr@sbcglobal.net.