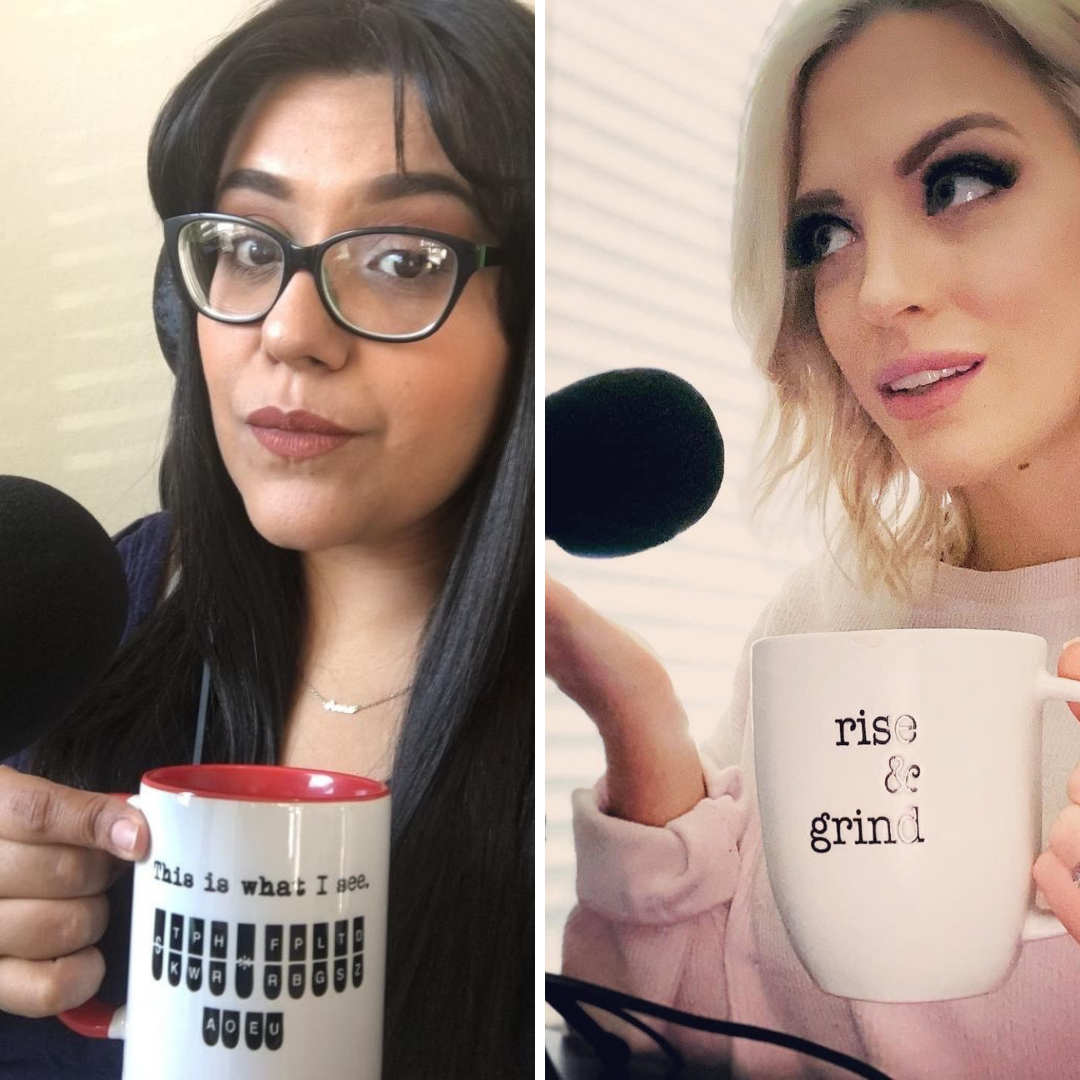 A new podcast has the goal of helping the steno students of today’s virtual learning world feel like they have a community and that they are not alone.

The first episode launches March 3 and can be found across most platforms that offer podcasts. They plan a new episode each Wednesday.

Morfin said she has been dreaming of starting this podcast for more than a year. She has been in school for three years and said she felt there was a lack of resources and support for students.  She approached Mar in August of 2020 on Instagram with the idea of cohosting the podcast.  At the time, Mar was working on her Texas CSR and let Morfin know that maybe in the new year the podcast would be an option for her.

“We are determined to create a community where both students and working reporters can come together and share their experiences and the tips that helped them grow while in court reporting school,” Morfin said. “We want to give them a place where they can feel like they’re just hanging out with friends talking about court reporting because, as we all know, no one gets us quite like our fellow students/reporters especially now during this global pandemic where mostly everyone is online and may be needing that sense of camaraderie.”

Mar and Morfin said that, although the podcast is focused on motivating students currently in school, they hope to encourage all reporters, new and seasoned, who are seeking to develop and improve their skills.

“Since recording the teaser, however, we’ve learned that we can really talk — a lot!” Mar said. “We also realized that we not only share an obsession for coffee, but we’re both also really passionate about the profession. We are ready to give our listeners a more casual, sit-down type of podcast from the perspective of a current student and a newly certified court reporter.”

Morfin is currently attending Mark Kislingbury’s Academy of Court Reporting, based in Houston, Texas.  She started at San Antonio College and transferred in June of 2019.

“I began working at a legal services company as a paralegal and was introduced to the court reporting profession,” Morfin said. “I started working in the court reporting scheduling department and attended the NCRA A to Z® Intro to Steno Machine Shorthand program and fell in love with steno and the beautiful spirits I met in the court reporting community. As a child, I loved Nancy Drew and wanted to make my mark in the legal field. While I knew that being an attorney or detective weren’t careers I wanted to see through, I felt like this was a calling once I learned about it. I love words, typing, and being able to develop a skill that is so unique and rare.”

Morfin hopes to begin her career as a freelancer for Judicial Services Company located in Helotes, Texas. She is interested in eventually working her way into a criminal court.

Mar started her court reporting journey at Del Mar College in Corpus Christi, Texas. She was out of school from 2014–2016 when she had her son and moved to a new city. After returning in February of 2017 at 120 wpm, she started exclusively online at Arlington Career Institute based out of Grand Prairie, Texas, where she graduated in October of 2019.

“What drew me to court reporting is that it is literally a superpower,” Mar said. “I always felt like I wanted to make a difference in my life. Not many people can say they can write 225 words per minute and preserve the spoken word. I like to consider myself a part of the elite few people who actually can say that.”

Mar has now officially been approved to work in the state of Texas and recently volunteered to participate in the University of Texas Law School mock depositions.

“It was a great first experience,” she said. “I actually volunteered before I had been approved and figured it would be great practice. The day before I was scheduled to take the depo, which was a doctor by the way, I got the news and was then able to take the depo as a real working reporter! Plans for actual work currently consist of working freelance because I do have two school-aged kids at home doing virtual learning. I want to start off slow by taking one or two jobs a week for a few firms and then going from there.”

Radam is a student at Arlington Career Institute in Arlington, Texas.

“I was approached by a friend I used to wrestle and do mixed martial arts with,” Radam said. “She’s a reporter for the county. I’ve been in pharmacy for some time, but as a technician, you don’t have much earning potential. I made one call to ACI, and in a week, my books and machine were en route! Since starting ACI, I’ve had two kids and am working on 160 wpm. My friend thought I would love the field and be a tremendous asset, so I really went into it with both feet knowing nothing, and I truly am grateful. This field is so extraordinary, as are the reporters I’ve been in contact with.

Radam said she is still deciding what she wants to do once she finishes school.

“Because I have some time with the county, I want to work toward an official position there to support my family,” she said. “I’m sure in the beginning I’ll freelance and take whatever opportunity comes my way!”