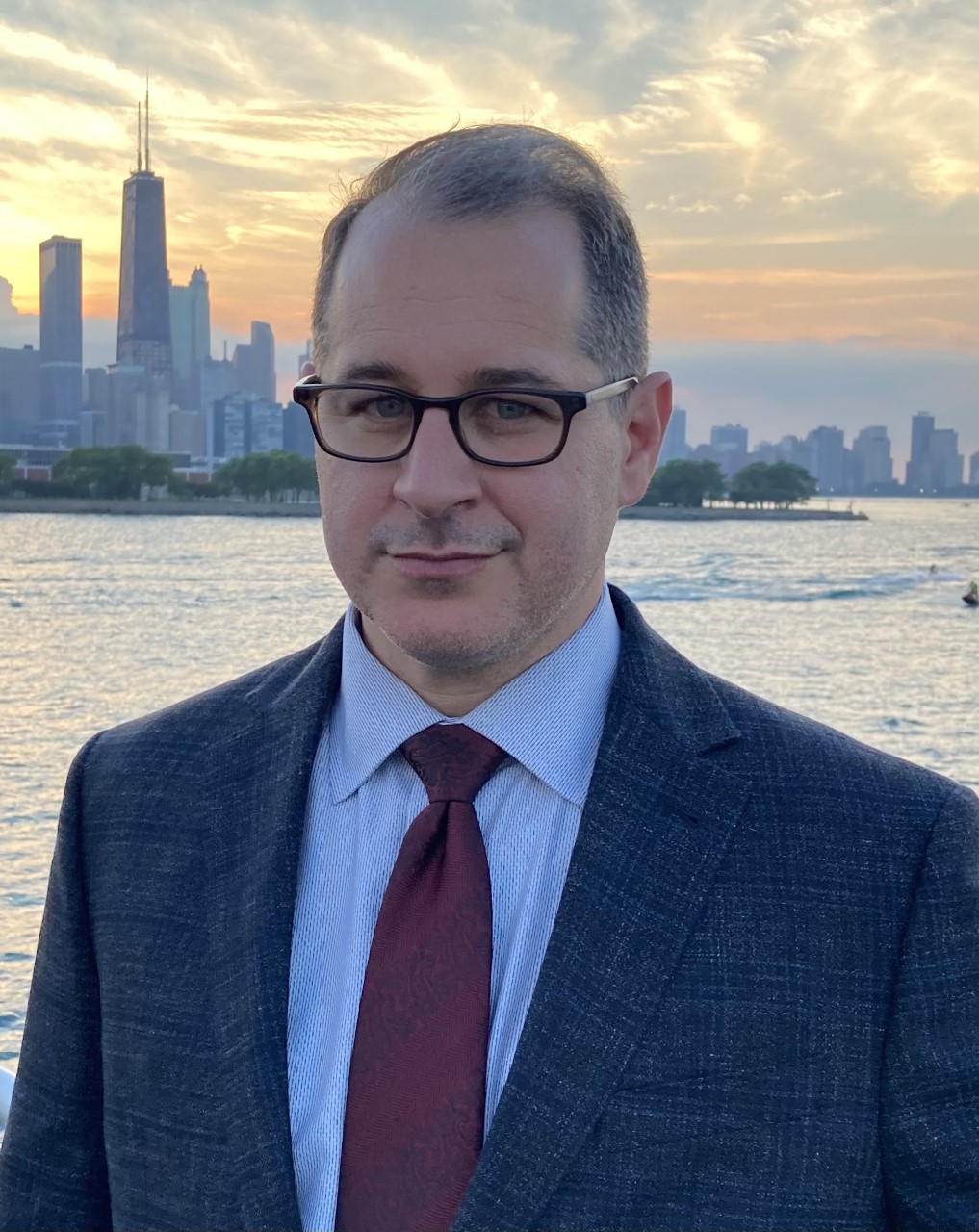 From Chicago to Hollywood, Brad Benjamin, RPR, dives into what it was like to be cast as a court reporter in a spinoff of the Amazon series Bosch which is set to air in 2022.

JCR | How did you enter the career of court reporting and when?

BB | When I was young, I wanted to be the next Steven Spielberg. I studied film in college and headed off to Hollywood after graduation. A little over 10 years later at 33, I decided I wanted a career with a little more stability and better pay –two things hard to come by in the television and movie world.

I had never spent much time contemplating careers outside of the entertainment industry. So I examined the job I had enjoyed most to look for skills that might transfer to a career providing a better living. I was lucky to work for Dan Gordon, a prominent screenwriter I had always admired.

Dan would dictate the screenplay he was writing, which I would type up in real time. My predecessor warned me not to interrupt him or, God forbid, ask him to slow down while he was dictating, so I fought to keep up with him. It was an incredible experience.

One day while brainstorming with a friend who was a courtroom bailiff, he went through various positions in the courtroom:  judge, deputy, bailiff, attorney, court reporter… I turned to him and said “Court reporter.  That’s what I’m meant to do.”

School was hard – a statement I’m sure we’ve all heard plenty of times. It was especially a struggle starting at 33. In 2014, after just a few more years than anticipated, I graduated and passed my CSR, the state licensing exam in Illinois. I started work at my first reporting agency a few weeks later.

JCR | What is it like working on a studio set?

BB | While on set and shooting, it is a lot of fun. As a movie lover, it’s a thrill to see actors in person you know or may even be a fan of. There is a lot of downtime while the crew is prepping for the next shot and the actors are rehearsing. I brought work the first day but was so excited I did not get much done. The second day I did not bother bringing my laptop.

JCR | How different is court reporting as depicted on television compared to real life?

BB | Surprisingly, in real life it is easier to keep up with what people are saying. I used to brag were I cast in a movie or a television show as a court reporter, I could write what the characters said perfectly. Those actors speak so clearly, in coherent sentences and one at a time.  I was wrong. I first thought it was nerves even though no one would see my notes or even ask me to read anything back. I’m sure most did not even know I was a real court reporter. Afterward, I realized actors memorize lines and regurgitate them at what feels like breakneck speed.  It was more like practicing for a speed exam than taking down live testimony.

JCR | Did you enjoy your experience, and will you be pursuing more acting gigs?

BB | I enjoyed my experience more than expected. It was a literal last-minute decision to fly from Chicago to Los Angeles where the show was in production. I actually boarded my flight without final confirmation I was cast. I would definitely do it again.

JCR | When did you join NCRA? Would you recommend colleagues to join NCRA?

BB | I joined NCRA in 2010 while still a court reporting student. I would recommend anyone in the midst of pursuing their career join to start meeting people from the industry and learning from them. I always appreciated the fact that the NCRA is as supportive of court reporting students as they are of working professionals.

JCR | Where and when can readers watch for your appearance?

BB | The show is a spinoff of the Amazon series Bosch and is supposed to air sometime in 2022. When it airs and I happen to catch myself in it, believe me, I’ll let you know.

JCR | What has been the most rewarding aspect of your career as a court reporter?

BB | Being my own boss. Were it not for being my own boss, I might not have opportunities like taking a few days off on short notice to appear in a television series! We’re living in a time where hundreds of thousands of people do not want to go back to work and many who have retained their jobs over the past year and a half have now quit. Before court reporting I may have been one of those people, but now I look forward to work, almost every day. A big part of what drove me to this profession was never wanting to work for anyone again. It is rewarding to say I have been able to do that consistently for almost eight years.

Brad Benjamin, RPR, is a freelance court reporter in Chicago, Ill., and is a graduate of MacCormac College.

Published in Members in Action and News