Centennial event revisits history, honors those who have sacrificed for this nation 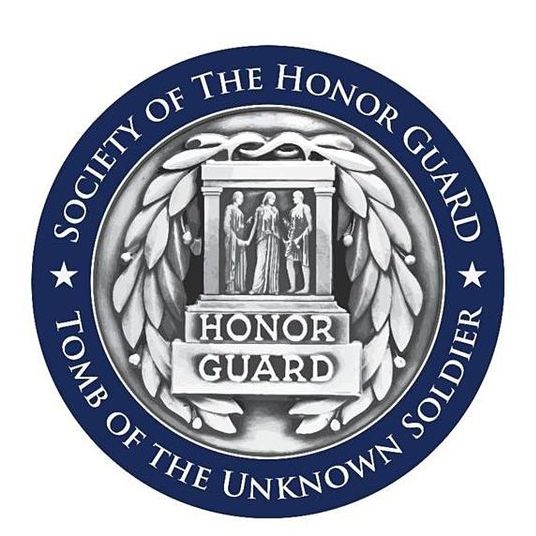 The National Court Reporters Foundation (NCRF) provided court reporter volunteers to transcribe oral histories of invited veterans on Nov. 10 and Nov. 12 at the Crystal Gateway Marriott, Arlington, Va., through its partnership with The Library of Congress Veterans History Program (VHP).

Transcribing veteran interviews was the NCRF Chair-Elect Marjorie Peters, FAPR, RMR, CRR, of Alexandria, Va. “Writing the oral history interview of William Tudor opened my eyes to the rigorous standard of perfection that these guards hold themselves to,” she said. “Sentinel guards believe this exacting standard is required because the sacred memorial to our country’s soldiers who paid the ultimate price deserves nothing less. Each Sentinel we met expressed it is their privilege to guard the Tomb, and my capturing their oral history experiences was an honor.”

According to Tomb volunteer U.S. House of Representatives court reporter Traci Mertens, RDR, CRR, CRC, of Alexandria, Va., “This is the highlight of my career.”

Sentinel veteran William Tudor from Colorado Springs, Colo., explained how he applied for a guard position while enlisted. “I saw the U.S. Army Drill Team, and the horse-drawn caisson platoon at Ft. Meyer,” he recalled.

“I had been to ANC [Arlington National Cemetery] after a boy scout jamboree. If I ever had a chance to do that duty, I would jump at it. When I applied I had to write my answer to: ‘Why would you like to be in the Old Guard?’” he said, and noted that he was thrilled to be selected at a time when the Vietnam War was fully underway.

Describing what a Sentinel guard does, Tudor explained: “The Tomb Sentinel marches 21 steps across a black mat passing the grave markers. He then turns 90 degrees and faces east for exactly 21 seconds. Afterward, he then turns north for another 21 seconds, followed by a shoulder arms movement where the guard places his rifle on the shoulder nearest to spectators. This symbolizes that he stands between the tomb and any outside threat. The guard then paces 21 steps to the north, turns, and repeats the entire process until he is relieved. The number 21 refers to the 21-gun salute, the highest honor to any dignitary.”

Since visitor violations of decorum do happen at the Tomb — such as trying to make a Sentinel laugh or become distracted, Tudor noted that guards can tell visitors that it is requested that they maintain a mature and reverent attitude in the vicinity of the Tomb.

Tudor, who presents at dedicated events nationally to explain the Tomb’s history and the duties of the Sentinels, said that an attendee once asked whether there will ever be an end to the Tomb guards. “It will only end when the United States of America comes to an end,” Tudor said he replied.

For Tudor, the purpose of the Tomb serving as a continuous funeral service was confirmed to him when he once heard a visitor weeping nearby. The visitor said to him, “My [military] son never came home from France, and this is the only place where I can grieve.”

The Sentinels’ dedication is a token of gratitude for the ultimate sacrifice that tens of thousands of known and unknown soldiers gave to their country, Tudor explained. According to the Society of the Honor Guard, since 1958, more than 680 Tomb guards have been awarded the badge.

NCRF Chair Early Langley, RMR, researched her own Veterans History Project. On January 22, 1945, one month, almost to the day, before the Marines of the Fifth Division hoisted the American flag atop Mount Surlbachi over Iwo Jima, her Uncle Earl K. Zimpfer, after whom she was named, was killed in combat by a sniper on Luzon. Her quest led to discovering that he was part of the Red Star Men of the 6th Infantry Division of the U.S. Army, under the command of General Douglas MacArthur. On New Year’s Day of 1945, Earl was in a convoy on its way to the Japanese stronghold of Luzon. At least 250,000 combat-wise men, well-armed and well-positioned in well-constructed caves, overwhelmed what became known as the Purple Heart Campaign, and Earl K. Zimpfer was killed. Langley donated numerous letters of commendation and photographs to the Library of Congress, Washington, D.C., and her uncle’s Purple Heart and Banner of Flags were donated to the General Douglas MacArthur Memorial in Washington, D.C. She cites the words of President Franklin D. Roosevelt, “He stands in the unbroken line of patriots who have dared to die that freedom might live and grow and increase its blessings. Freedom lives, and through it, he lives in a way that humbles the undertakings of most men.”

Published in NCRF, News and People