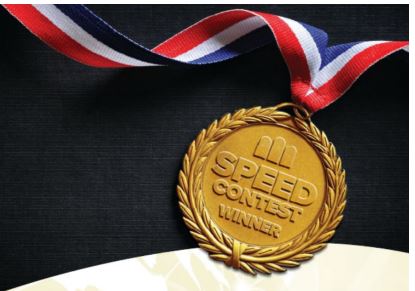 Have you ever wondered what it would be like to compete in a contest on the national or international level? One past contestant shares her experiences and invites you to consider signing up this year.

For those of us who can be counted among the addicted, once a year is not enough.

My first national Speed Contest was before our Association was even known as NCRA. Back in those days, when we were still the National Shorthand Reporters Association (NSRA), our national Convention one year was held in Seattle, Wash. I was an eager new California CSR and a newly minted Certificate of Merit — another anachronistic initialism — and I was eager to test my mettle.

I had read about the greats in the pages of the National Shorthand Reporter — you guessed it, the predecessor to the JCR. I purchased the cassette speed dictation tapes that NSRA sold, and with the ubiquitous, “The dictators on this tape will be Sherry Harris and Jim Bouley,” I was on my way.

At this point you might have gathered that I am a little long in the tooth.

The Speed Contest in Seattle was a rude awakening for me. I was humbled, awed, and bitten. I had the contest bug.

The California Court Reporters Association (CCRA) held its own annual speed contest in October each year at its annual convention. Nancy Patterson and Frank Nelson were fixtures as our live dictators. As with the NSRA contest, the CCRA contest comprised three five-minute takes — literary, legal opinion, and testimony, each ten words per minute slower than the national contest.

It only took a few years to conclude that competing two times a year was not enough if I wanted to overcome my nerves. That led me to Sedona, Ariz., in 1994 for the Arizona Court Reporters Association convention and speed contest. The Arizona contest was the same format as CCRA’s competition but with the benefit of being held before the NSRA contest.

It was still not enough.

My first Intersteno Congress competition was in 2007 in Prague, Czech Republic. This was an entirely different animal from what I had seen in the States — competitions of all kinds, people from around the world, every form of stenography, and in multiple languages. There was a multilingual shorthand competition — and pen writers! It was a welcoming environment that was just foreign enough to pique my interest. The camaraderie was like a welcoming embrace.

Since that time I have been to all but one of the Intersteno Congresses, having missed the 2009 Beijing conference. What a way to travel the world and scratch the competition itch: in 2011 Paris, 2013 Ghent, 2015 Budapest, 2017 Berlin, and 2019 Cagliari. It took a pandemic to break the pattern of biennial Intersteno Congresses.

One of the joys of having been bitten by the competition bug is that it is possible to continue to participate and enjoy the competitions and camaraderie with fellow reporters without competing. I am now on the NCRA Contests Committee and have assisted with grading and other contest-related tasks for NCRA as well as at the last two Intersteno Congresses.

Give it a try! You just might be bitten by the contest bug.

Laura Brewer, FAPR, RDR, CRR, CRC, is a freelance CART captioner and court reporter based in Nevada City, Calif., a member of NCRA’s Contest Committee, and a past participant in Speed and Realtime Contests on the state, national, and international level. She can be reached at lauraquicktext@gmail.com.

Published in Events, News and People