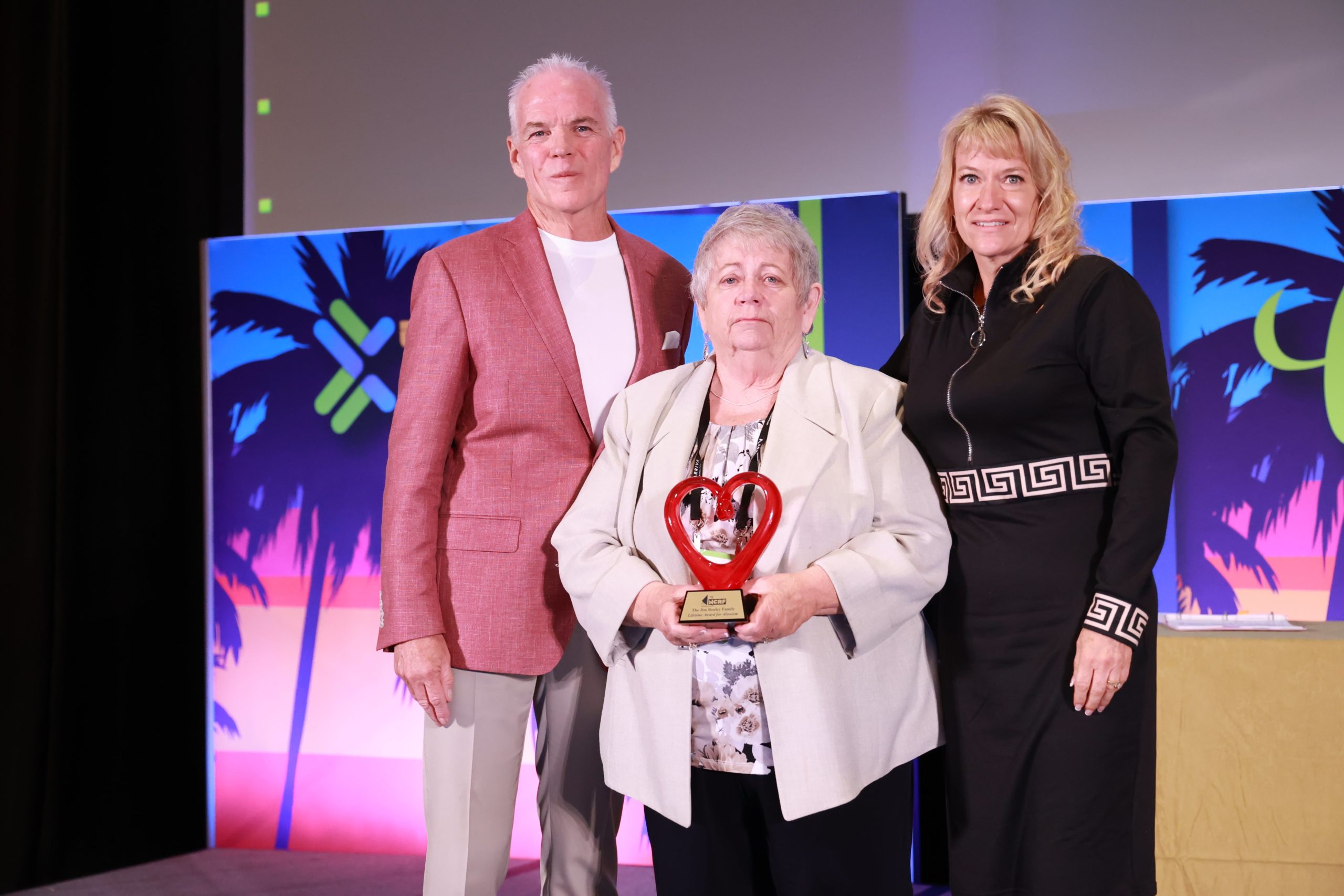 The Jim Bouley Family Lifetime Award was previously named the Santo J. Aurelio Altruism Award but was renamed in 2021 when the eight Bouley family children chose to donate to  NCRF in recognition of their father who was an exemplary role model as a court reporter, instructor, and philanthropist. The award is given to a court reporter or captioner with more than 25 years of experience who has given back to the profession and the community with no expectation of any reward.

Earlier in the NCRA Conference & Expo, Terry was awarded the Association’s Distinguished Service Award, making her the eighth person to have received both awards and the first person to receive both honors in the same year.

Terry began her court reporting career in 1975 after graduating from the Stenotype Institute of Springfield. During her career, she has worked as a high-volume freelance reporter covering all phases of the profession including deposition, arbitrations, court, conventions, administrative hearings, public utility hearings, large environmental litigation, patent litigation, tobacco litigation, and medical and highly technical testimony for individual agencies nationwide. She has also worked as a broadcast captioner and as a Communications Access Realtime Translation (CART) provider.

Terry has also served as a trainer for various court reporting software and is an expert in realtime networking and troubleshooting, as well as providing wireless realtime transmission including streaming realtime.

Active at the national level, Terry is a past president of NCRA and has served as director and in all major leadership positions. She has served as board liaison to a number of NCRA committees as well as a member and chair of many. Among the committees she has chaired were the NCRA STRONG, Nominating, and DiscoverSteno committees. She has also served on the Finance, Communication & Outreach, and Technology Evaluation committees. She also served on the TRAIN Task Force and has attended numerous NCRA sponsored events throughout her time as a member. She has also been a contributor to the JCR.

At the state level, Terry is a past president of the Ohio Court Reporters Association (OCRA). She has served on and chaired numerous OCRA committees, as well as presented to the membership at various events, led training sessions, written for the state membership publication, The Buckeye Record, served as a student mentor, and been an overall sounding board for members. She also served as president of the StenoCAT Users Group and has received both that group’s and the OCRA Distinguished Service Award.

Terry has also served on committees for Gigatron Software Corporation, LiveNote for the Thompson West Corporation, and the Clark State College of Court Reporting. Her extensive experience as a presenter includes speaking before court reporters and captioners at the state and local association level, as well as the Ohio Supreme Court.