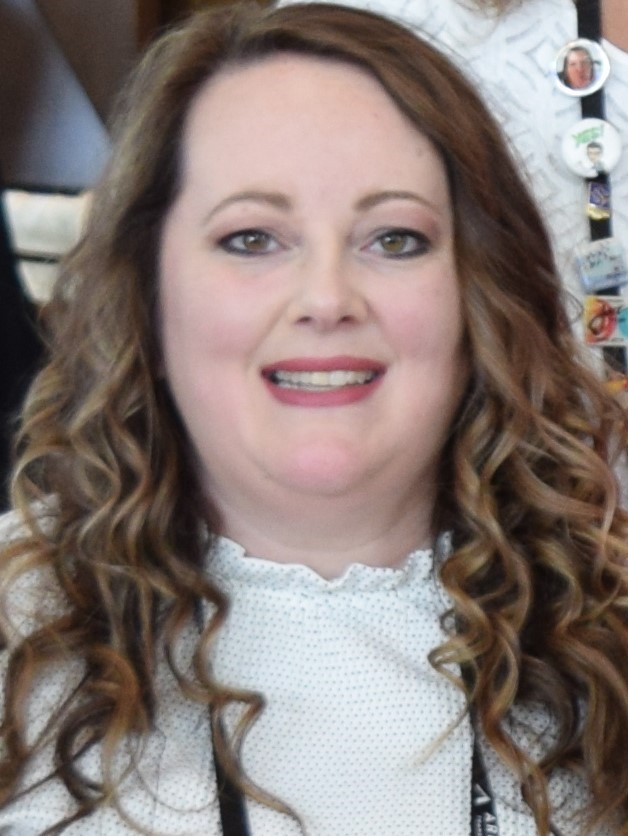 Allison Hall, RDR, CRR, of Tulsa, Okla., first joined NCRA in 2015 and is currently an official court reporter and instructor who has been working to train and retain the next generation of court reporters. This effort has been recognized by members of the Oklahoma Bar Association, who nominated Hall for their prestigious Liberty Bell Award, given to non-lawyers for promoting or publicizing matters regarding the legal system. Hall is being honored by the Association for “proactively taking steps to address the [court reporting] shortage before it reached crisis proportions.”

Hall recently granted the JCR Weekly an interview to discuss her concerns as an instructor regarding how being NCRA certified can make a difference in one’s career.

JCR| How were you nominated for the Liberty Bell Award and by whom?

JCR| As an instructor, what are you most concerned about when it comes to court reporting students?

AH | As a court reporting instructor, I am most concerned about resilience. Speedbuilding training specifically is not only difficult, but the constant failing can really affect a student’s headspace. I spend most of my time talking students off the ledge and helping them to see how talented they are on the machine. I always tell my students that I believe in them enough for both of us and to trust the process.

JCR| How has being a member of NCRA helped you both as a professional and as an instructor?

AH | Being a member of NCRA has helped provide me with networking opportunities both as a professional and as an instructor that I wouldn’t have had otherwise.

JCR| You’ve created and operated multiple programs to address the court reporting shortage across the United States. What are some of the hesitations of those considering this career field? How do you get them to take that leap into joining the field?

AH | I try to give each new student I train a great understanding of what it is they are signing up for and what kind of time commitment they are looking at. I feel it is important to do this on the front end. I talk to them about how difficult the training is (in order to make it, they have to be committed to court reporting and not just interested in court reporting), and how it is important to keep the right mindset throughout the training. I also work with them along the way on time management to ensure they are getting adequate focused practice in daily.

JCR| What is the most common piece of misinformation you’ve heard regarding court reporting? How should it be combatted?

AH | I think it really boils down to just educating the public that this is a viable career option and that there are many opportunities across the field of court reporting.

JCR| How can those considering or even already enrolled in court reporting school (as well as seasoned professionals) get in touch with you?

AH | My email address is allie441@gmail.com. I also offer workshops and training to court reporting professionals to enhance their skill set and to court reporting students to ensure they are practicing effectively. My website is ahre.ev360es.com.

JCR| Do you have a favorite depiction of court reporters from a movie or television show?

AH | Recently I was given the opportunity to be cast as a court reporter in an upcoming Netflix show. I brought my own equipment because it was important to me to have updated equipment front and center. Although they already had the scene set the way they wanted it and I am in the middle of the room with no table and no laptop computer, my updated equipment is front and center. I took every opportunity I had to educate the production staff and film crew on how we do our jobs, what would make a believable courtroom scene, but most of all how we have never had a pile of paper flowing onto the floor. They were shocked when I explained to them how the paper tray works for older equipment.

JCR| As a mentor/instructor, what is the fastest you’ve seen someone go from zero to being ready to “deploy,” fully qualified, certified, etc.?

JCR| As somebody who has operated in various states, what are the cons of having court reporters who aren’t required to be licensed/certified in some states compared to states that require proper professional qualifications?

AH | I think that certification is important because it shows that the individual who is certified has a basic knowledge and skill set. I also believe that advanced certifications set apart those who have really worked on and honed their skills to be able to provide extra services.

JCR| How would you explain to someone unfamiliar with court reporters their role in our legal system?

AH | If I am given the opportunity, I like to set up my equipment and do a demonstration. I like to see their fascination with realtime writing and then talk to them about the varying career opportunities and the opportunity for enhanced earning potential in this field. I explain to them the importance of the role that court reporters play in the legal process and that our transcripts are for use at a later date, whether to prepare for trial or for appellate purposes.

Allison Hall, RDR, CRR, is an official court reporter and instructor working in Tulsa, Okla. She can be reached at allie441@gmail.com.