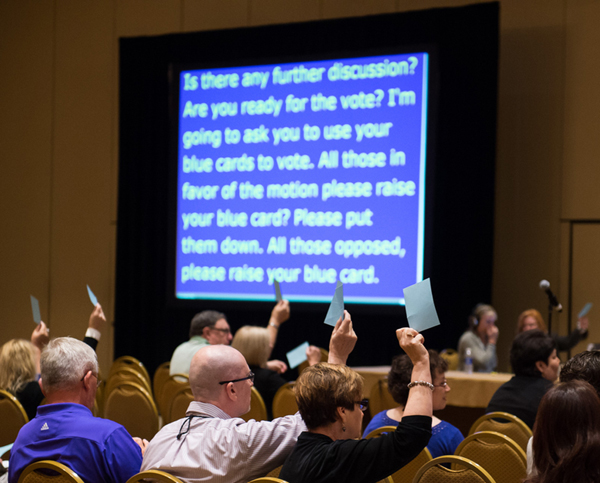 NASHVILLE, Tenn. – NCRA members voted on six amendments to the association’s Constitution and Bylaws during the organization’s 2013 Annual Business Meeting at the 2013 Convention & Expo being held in Nashville this week. The amendments, along with corresponding rationale, were communicated to members in the JCR and on the NCRA website in accordance with established protocol. The vote took place electronically with all NCRA voting members for whom NCRA has working email addresses invited to participate during a 12-hour period immediately following the conclusion of the business meeting. Overall, 284 registered members took part in the online vote, passing each of the amendments by substantial margins.

A more detailed report of the board’s actions will appear in an upcoming issue of the JCR and on theJCR.com.