Get to know your NCRA Board of Directors

Nominations will be presented to the NCRA membership for vote on Thursday, Aug. 10, at the Annual Business Meeting, 8:30–11 a.m. Pacific Time, as part of the 2017 NCRA Convention & Expo at the Planet Hollywood Resort & Casino in Las Vegas. 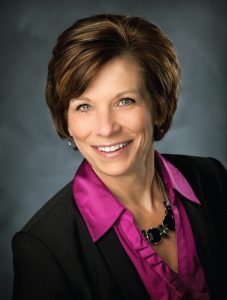 Christine J. Willette, RDR, CRR, CRC, has been a court reporter and NCRA member since 1985 and owns Willette Court Reporting in Wausau, Wis. Willette has served on the NCRA Board of Directors for four years, as its Vice President, and is currently President-Elect.

She has served on numerous NCRA’s committees and task forces and has played an active role in advocacy to external stakeholders.

Willette has been an NCRF Angel for many years and is an Ethics First member.

Willette is a member of the Wisconsin Court Reporters Association and has served on the association’s Board of Directors and as its president. She also has served on many of its committees and task forces, organized its first realtime contest, managed its website, presented seminars, planned conventions, and contributed to its quarterly newsletter. Willette is the recipient of WCRA’s Distinguished Service Award.

While volunteering for her state association, Chris was a NCSA delegate from Wisconsin for a number of years and served on the NCSA Governing Board. She has participated in NCRA’s Legislative Boot Camp and Leadership training program multiple times. 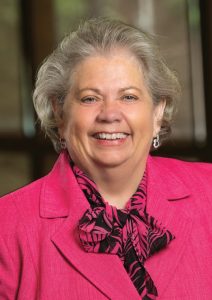 Sue A. Terry, FAPR, RPR, CRR, is a court reporter from Springfield, Ohio, and is currently NCRA’s Vice President. She is a Fellow of the Academy of Professional Reporters. She has been a court reporter since 1975, reporting arbitrations, proceedings, conventions, administrative hearings, public utility hearings, large environmental cases, patent cases, tobacco cases, and other cases with highly technical or medical testimony.

Terry is a past president of the Ohio Court Reporters Association (OCRA) and the StenoCAT Users Group and received both groups’ Distinguished Service Award. She served on advisory committees for Gigatron Software Corporation, LiveNote (Thompson West Corp.), and Clark State Community College of Court Reporting. As a trainer, Terry helped many reporters transition to realtime reporting by improving their translation rates and mastering their CAT software. She taught at the Stenotype Institute. 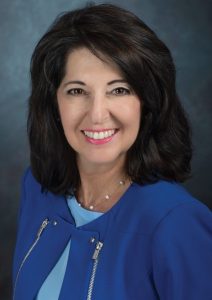 Doreen Sutton, FAPR, RPR, is a freelance reporter with 25 years of experience and the owner of DS Reporting in Scottsdale, Ariz. She has covered depositions, arbitrations, mediations, and has grand jury and CART experience, as well as per-diem experience reporting for the various superior court venues in Arizona. She has served on NCRA’s Test Advisory Committee, Chair of the Student Committee, and in various other volunteer roles, including two terms as Secretary-Treasurer, and as a contributor to the JCR.

Sutton is a past president of the Arizona Court Reporters Association and has also served as editor of its membership publication and as co-chair of its Student Seminars. In 2013, she was awarded the ACRA Distinguished Service Award. In 2017, Sutton was awarded the JCR Award for an individual member in multiple categories. Sutton holds certifications in the states of California and Arizona. Prior to entering the court reporting profession, Sutton worked in the areas of banking, bookkeeping, payroll, and accounting. 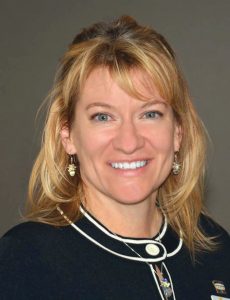 Debra A. Dibble, RDR, CRR, CRC, has 29 years of experience in the courtroom and deposition arena. Currently, she is a freelance reporter and CART and broadcast captioner in Salt Lake City, Utah. Prior to that, she reported in Memphis, Tenn. She holds the Realtime Systems Administrator certificate. She has qualified in both the National Speed Contest and National Realtime Contest.

At the national level, Dibble completed a three-year term on the Association’s Board of Directors. In addition, she has served as an NCRA Chief Examiner. Dibble has served on NCRA’s Political Action Committee Governing Board and as a Board liaison for NCRA’s Technology Education, Realtime Systems Administrator, Technology, and CRC Committees. She has also been involved in NCRA’s TRAIN program and served as a delegate to NCSA. She has been a member of NCRA since 1988.

At the state level, Dibble has served on the Board of Directors for the Utah Court Reporters Association and was honored in 2013 with the organization’s Distinguished Service Award. She has also held membership and served as Director of the Western District for the Tennessee Court Reporters Association. Dibble has also served as a presenter at numerous state and national events. 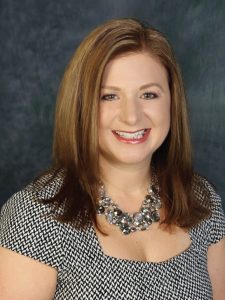 She is an active member of the New York Court Reporters Association and currently serves as its President. She served as chair of NYSCRA’s 2014 Convention Committee. She is actively involved in promoting the court reporting profession and has volunteered at a number of middle and high school career events. She also presented at Careers in the Courthouse programs. She is creator and presenter of The Power of the Positive Attitude and has presented it twice at NCRA and NYSCRA conventions. She is also a leader of the Steno A to Z program in Rochester, N.Y. 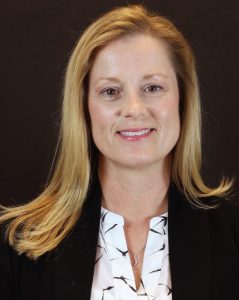 Robyn M. Hennigan, RPR, CRI, has been in the court reporting profession for 28 years working as a reporter in varying fields and has served as the program coordinator and only full-time faculty member in Clark State Community College’s Judicial Court Reporting Program for the past 15 years. She also owns and operates a scoping and proofreading business serving the court reporting profession. During her tenure at Clark State, Hennigan has also provided open captioning services and captioning training videos.

At the national level, she has served as a test grader for NCRA for the past 11 years as well as serving as a committee volunteer and chair for several committees. She has attended the Association’s Legislative Boot Camp and a number of its annual and TechCon conferences. Hennigan is also a past Board member of the Ohio Court Reporters Association and was recognized in 2010 as Ohio’s Outstanding Associate member. 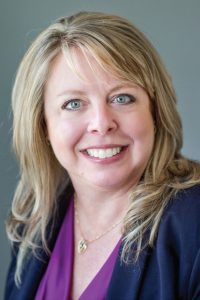 Tonya Kaiser, RPR, CMRS, is president and owner of Summit City Reporting, Inc. She is also a working reporter, covering depositions, hearings, and meetings. She started as a freelance reporter in 1999, working for Mehler & Hagestrom in Cleveland, Ohio, until 2006 when she joined the firm’s sales and marketing team.

At the national level she serves on NCRA’s Test Advisory Committee. She also holds the Realtime Systems Administrator and Trial Presentation Professional certificates. Kaiser is a past president of the Indiana Court Reporters Association and holds a bachelor’s degree in political science from Valparaiso University.