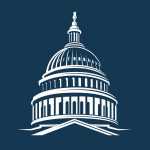 (A) They are “free from the control and direction” of the company that hired them when they perform their work.

(B) The work they perform falls “outside the usual course” of the hiring company’s business.

(C) They have their own independent business or trade beyond the job for which they were hired.

This ruling was opposed by the California business community, which is now lobbying the California Legislature to suspend the court ruling and address this issue. Organized labor claims this as a win for workers in an economic environment not friendly to labor. Regardless of the arguments of proponent and opponents of this ruling, it has established completely new legal precedent in California and could take years of litigation to sort through all the implications for many California workers, including professional court reporters and the firms that work with them.

While this decision sent shock waves throughout California, the ABC test is not a new phenomenon in the states. New Jersey is another state that has instituted an ABC test to determine employment status. In 2010, New Jersey passed a law that exempted court reporters from being classified as employees. But in the wake of the debate around misclassification, this law is being challenged. As a result, freelance firms in the state of New Jersey are being targeted with audits in order to change employment status of court reporters. In May 2018, New Jersey Governor Phil Murphy signed an executive order to create a task force to investigate employers who used independent contractors on the grounds that misclassification allows employers to avoid paying for employees’ taxes and benefits.

This issue is clearly picking up steam in the states. The ruling in the Dynamex case further establishes a precedent in the form of the ABC test that could conceivably be adopted by states examining misclassification.

IMPLICATIONS FOR REPORTERS AND FIRMS

So what would happen if you, as an independent contractor, were eventually to be reclassified as an employee of your firm? How would your compensation change? And why would anyone try to do that?

As the Dynamex case is the most recent example of this issue being addressed in the states, let’s use this as an example. Freelance reporters and court reporting firms in California must now examine their business relationships with each other and assess whether or not they meet the criteria set out by the ABC test. Court reporting firms and freelancers may find themselves having less flexibility in deciding who, when, and even where they want to work. This ruling may even create implications for reporters who contract with the California courts, as some of them have moved to changed their status to work on an as-necessary basis.

Another important issue that arises out of this debate is how or whether court reporters will be compensated for their transcripts. Transcripts take time to produce and can be a significant portion of a freelancer’s income. This has been seen as one of the motivating factors of opposition behind reclassification. Transcript income can be dubbed as ‘outside income’ by court administration; and because of their classification as independent contractors, court reporters are exempt from policies that prevent employees from doing work for ‘outside income’ during office hours. By being reclassified as an employee, freelancers may be prevented from working on transcripts during office hours, which, of course, is a labor-intensive and time-consuming process.

While no federal policy currently addresses this issue for freelancers, federal legislation addresses this issue for official court reporters as employees of the federal government. In 1995, Congress passed exemptions to the Fair Labor Standards Act (FLSA) called the Court Reporter Fair Labor Amendments Act that created an exemption from FLSA requirements for official court reporters for time spent on transcript preparation. This law was meant to allow officials to keep their transcript income by giving up overtime if those extra hours were used on transcript preparation. Unfortunately, this law does not govern the freelance sector. The language was very specific and pertained only to official court reporters. However, some states continue to argue that misclassification indeed violates federal law. In May 2018, the same month New Jersey Governor Phil Murphy created his task force, New Jersey Attorney General Gurbir Grewal joined 11 other state Attorneys General in a legal brief urging the National Labor Relations Board to rule that misclassification violates federal labor laws.

For now, it is unclear how this will play out in the federal or state governments. Misclassification can change the way that reporters are compensated for their work, which can threaten a reporter’s livelihood. At the end of the day, it should be up to you, the court reporter, and the firms you do business with as to which situation best suits your need. The National Court Reporters Association is committed to supporting our members’ freedom to decide what business relationship they wish to pursue, based on their own assessment of what is most suitable for their situation. Efforts to address misclassification may be well-intentioned but may have unintended consequences for the court reporting profession that could see court reporters working less and being paid less for their work.

Matthew Barusch is NCRA’s Manager of State Government Relations. He can be reached at  mbarusch@ncra.org.

This material is intended  for general information purposes only and should not be considered as if it were legal advice.