Below is the eighth in a series of monthly featured words to help captioners build their dictionaries and knowledge. The words for this series are being provided by Steve Clark, CRC, a captioner from Washington, D.C. Clark captions for Home Team Captions and covers the Baltimore Ravens NFL team  and the Washington Nationals baseball team.

Our term this month, red zone, comes from football.  At the end of this email is a diagram showing the area on the field that is the red zone. 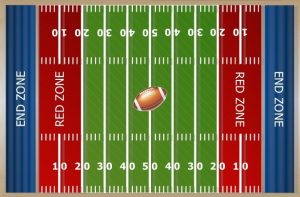 In football, the area between the 20-yard line and the goal line at both ends of the field.

“With that pass down to the 15-yard line of Colorado, Nebraska finds itself in the red zone.”

“Oregon has one of the best red zone offenses in college football.” 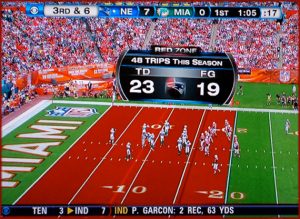