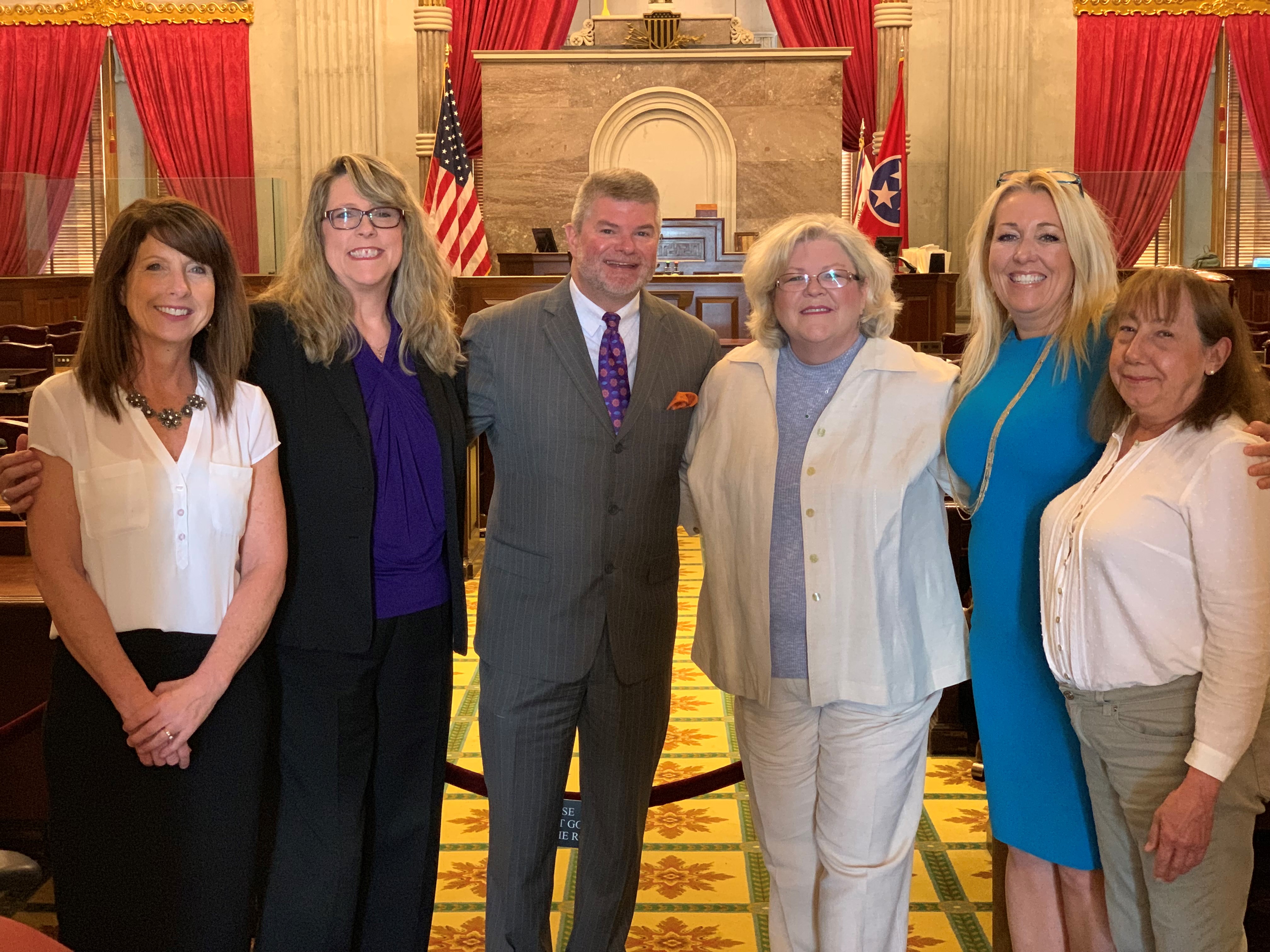 The Tennessee legislature passed a pay increase for criminal reporters in the state. The bills, SB 667 and HB 729, were passed through both state houses with the support of the Tennessee Court Reporters Association (TCRA) legislative committee, and the bills were fully funded in the state budget. The increase is expected to go into effect July 1.

“The clearest solution was to increase the funds being paid to attract stenographic reporters,” explained Curry. “The AOC expressed a lack of willingness to move the rate up.  We were only asking for them to increase it to the same rate as that offered by other state entities that use stenographic reporters for their hearings, depositions, EUOs, arbitrations, etc., including the Department of Labor, Department of Health, Department of Transportation, and so on. All of these organizations offered higher rates. The AOC couldn’t even compete with the other State entities, much less on an open market. The situation was spiraling out of control quickly, with the AOC offering no solutions that kept the stenographic reporters involved.

The legislation moved through the process quickly. Every other year, Tennessee’s legislature runs on a fast track, and 2019 was a fast-track year.  “Over three months, we managed to maneuver the bill through the committee/subcommittee system of both House and Senate, work with the legislature on balancing out the fiscal impact of the bill as a law, and get it passed,” said Curry. “It was passed on the final evening of the 111th Tennessee Legislature being in session this year. We literally did this just under the wire of one legislative session, which is next to impossible!

“I took the lead on lobbying to work the bills through the process in the Tennessee House and Senate. Various people from our committee would show up for some of the interviews with legislators, and I would be remiss not to mention them. They were: Dana Webb, TCRA president when the process started; Stephanie Falkner, CRI, CPE, TCRA’s state president as we finished up; Sheila Wilson, TCRA past president and legislative committee member; Sheryl Weatherford, RPR, another TCRA past president and legislative committee member; and Peggy Giles, another wonderful reporter who was part of the legislative team. Each of these people took turns to accompany me to meetings with legislators and advocated for and educated the legislators about our bill and about the court systems in Tennessee and how court reporters are used. In addition, criminal court reporters Lisa Moss, Lori Bice, Gloria Dillard, and Kim Davidson, and many others would show up for subcommittee or committee meetings to show their support of this legislation,” Curry said. “Many of TCRA’s members were involved in the grassroots portion, too, and they did a stellar job of emailing and calling legislators’ offices. I would often hear from the state senators and representatives that people were reaching out and how impressed they were with how organized it all was.”

When asked what he credits the success to, Curry said: “First, we had an excellent game plan. Sheila, Stephanie, and I had all been to NCRA’s Boot Camp in the past, so we had the training. Also, Sheila, Peggy, and I had been through the legislative efforts previously in Tennessee, so all three of us knew how the process worked, and we worked very hard to educate and train the others. In addition, our grassroots organization and ability to get info out to the membership via email blast at a moment’s notice was truly impactful as well…. and they then took action as a group!  Engagement meant everything!

“Most importantly, we had Judge Dee Gay, who is a criminal courts judge here in Tennessee, who worked with us closely, advocated for us, and got us in touch with key legislators to help us,” Curry continued. “One of the attorneys who practices in front of Judge Gay regularly is William Lamberth, who happens to be a State of Tennessee Representative, and who more importantly happens to be the Majority Leader in the House and was our House bill sponsor! This was impactful and quickly opened doors and conversations for us. We did the leg work, and he worked the power struggle in the back. He also worked very hard at making sure we found the money in the budget to address the fiscal impact of this bill as a law. Leader Lamberth also recruited as our senate sponsor a very powerful ally: Pro Tem Speaker of the House Sen. Ferrell Haile!

“That’s not to say that the process was free of problems. While the legislative committee was working to get the legislature to pass the bill to increase pay to the criminal court reporters, two competing bills were also working their way through the process. It took additional education and lobbying to make sure that the legislators understood the impact of these other bills,” explained Curry.

“One of the bills we called the ‘Free Copy Bill,’ which basically would allow litigants (or anyone for that matter) to get a free copy of the transcript once the original was purchased and filed with the court. The second bill was to install an audio recording system in every single courtroom in the state of Tennessee. Because of our involvement, the legislators just let these bills die in committee,” said Curry. “This has been an amazing legislative year in Tennessee and one I’m proud to have been a part of!”

Published in Features, Government Watch, Industry Update, News and Reporting on the courts