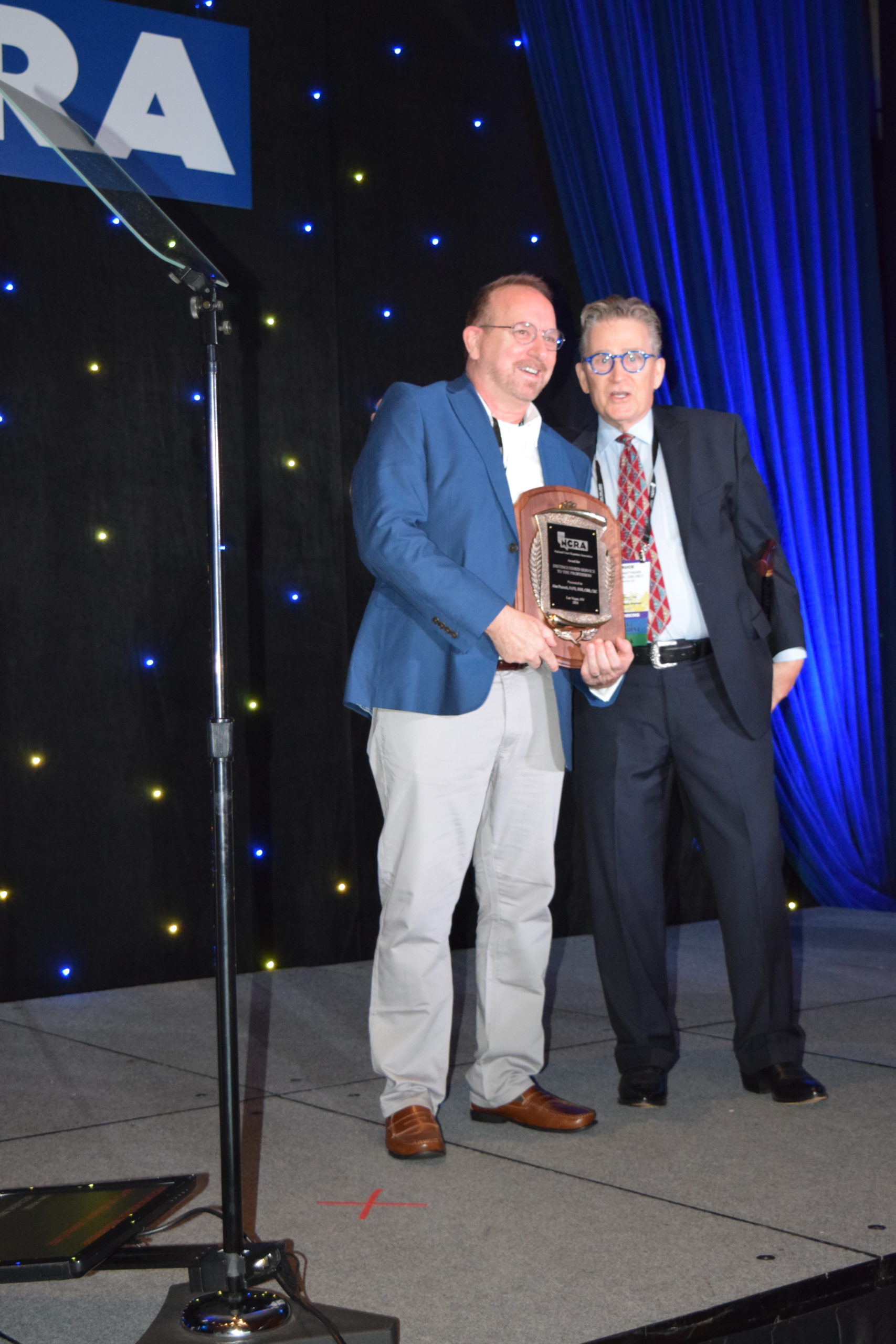 The DSA recognizes the distinguished work and service by an individual member for the benefit of the court reporting profession, including service to NCRA as a member, a committee member, a Director, or an officer of the Association. Other displays of distinguished work include contributing to the JCR, service to a state or local court reporters association, or service in the field of public relations or public affairs. Award winners are nominated by their peers and are recognized at the NCRA Conference & Expo.

Peacock was previously inducted into the Academy of Professional Reporters (FAPR) as a Fellow. In addition to his national certifications, he is also certified in the states of Illinois, Louisiana, and Mississippi.

Peacock began his court reporting career in 1986 after graduating from Biggers College of Court Reporting in New Orleans, La. He also holds a Bachelor of Science in education of the deaf from the University of Mississippi and an associate degree in interpreter training from Spartanburg Community College in South Carolina.

During his career, he worked as a court reporter for Lois Robinson and Associates in Mobile, Ala., and Brentano Reporters in Atlanta, Ga. In 2001 he started his own firm, Caption IT/Report IT!

His professional experience includes producing daily copy and realtime hookups in all reporting venues, providing CART captioning on-site for numerous conventions at the local, state, and national levels, as well as for several universities covering a variety of courses. As an independent contractor, he also provides realtime closed captioning services for a number of national and local programing outlets including breaking news, entertainment, public hearings, webcasting events, and sports.

Peacock has also presented numerous seminars about captioning, CART, realtime reporting, and technology at the state and local levels.

Active at the national level, he has been a member of NCRA since 1987 and currently serves as chair of the Association’s Technology Committee. He has also served on NCRA’s CART Task Force and on the Association’s Captioning Community of Interest.

Peacock also supports the work of the National Court Reporters Foundation as an Angels Donor.

At the state level, Peacock is a past president of the Alabama Court Reporters Association (ACRA). He has also served as the organization’s president elect and treasurer and has served on numerous of its committees and subcommittees. He was instrumental in helping ACRA pass the state’s Certified Court Reporting legislation in 2006.

In January 2019, Peacock was appointed by the Alabama’s governor to serve a three-year term on the state’s board of court reporting.