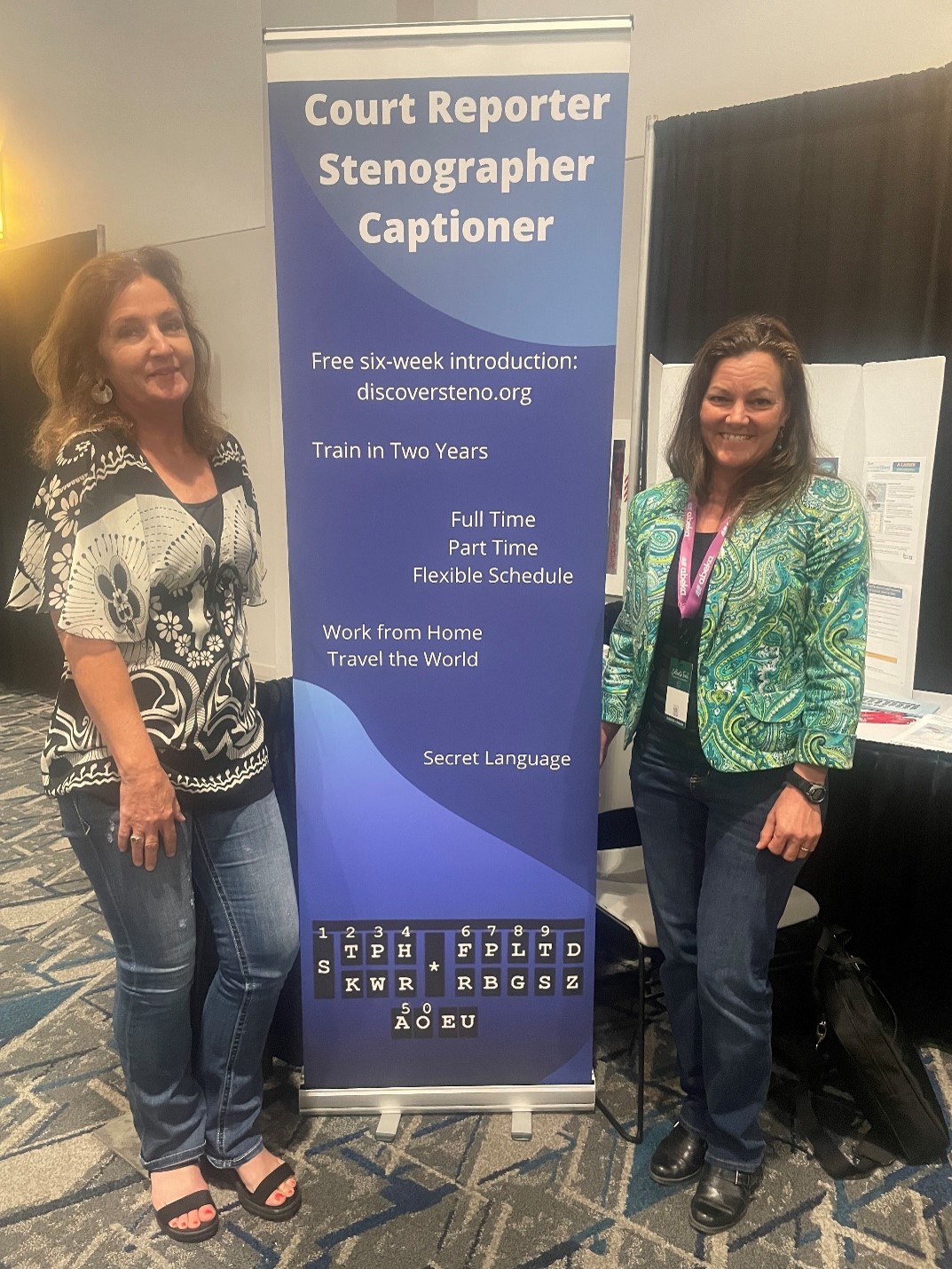 In April and in June, NCRA member Phyllis Waltz, RMR, CRR, CRC, a freelance court reporter from Pearland, Texas, packed up her equipment, armed herself with some promotional materials from the national Association, and set up shop at Texas homeschool conventions held in the towns of Allen and The Woodlands.

Though she didn’t get confirmation from either group until just before the event dates, she said the effort was worth it in both cases.

“I had applied for both conventions back in January and couldn’t get a confirmation that I would get a booth. On April 8, I received a call that they had a last-minute cancellation and I could have a booth in Allen,” she said.

“Allen was smaller than I expected, but I do not feel like it was a waste of time because we never know when the seed is planted. Once again, for The Woodlands I did not receive confirmation until a few weeks before. But beggars can’t be choosers, and I am happy for any opportunity,” Waltz added. 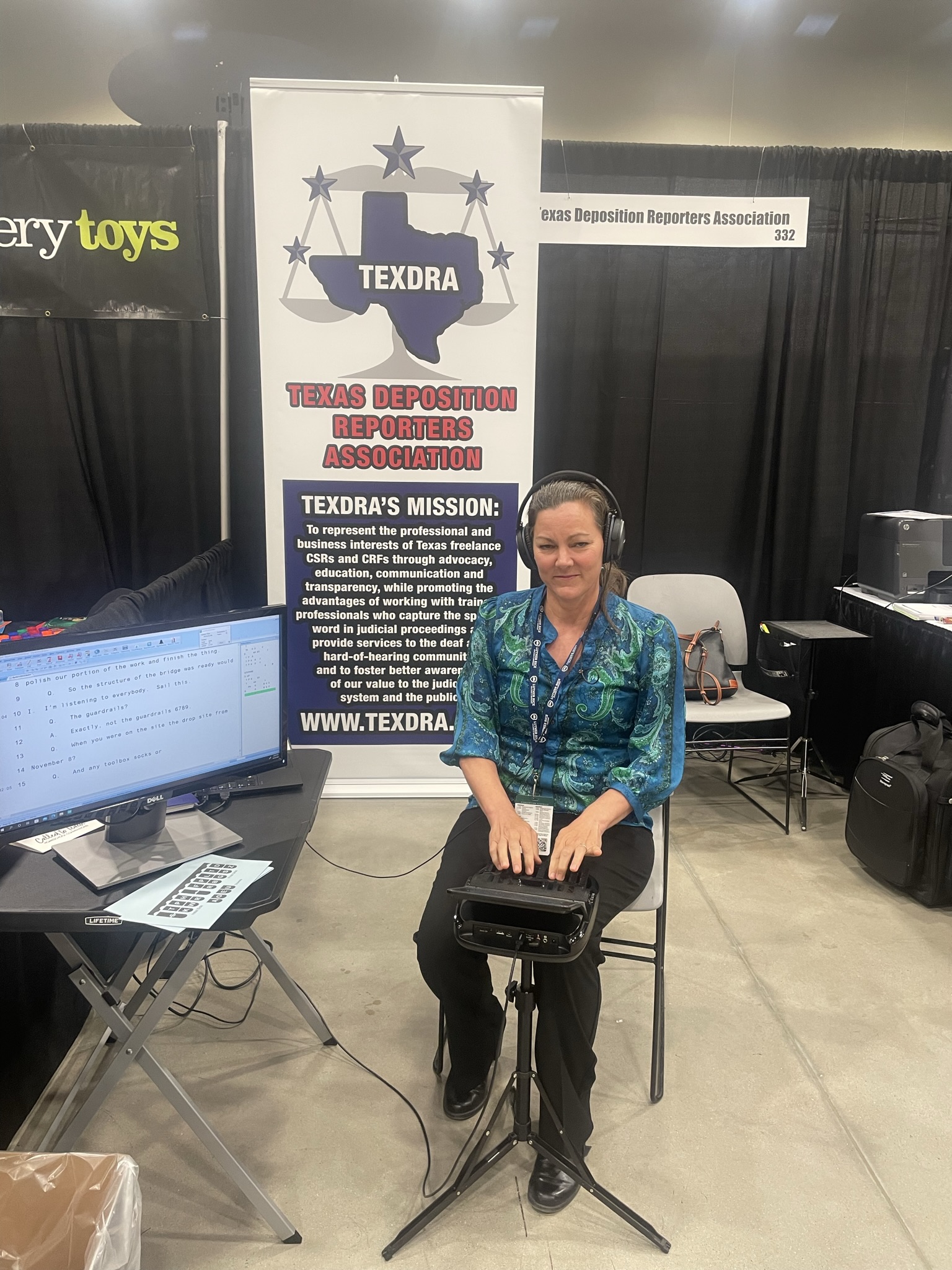 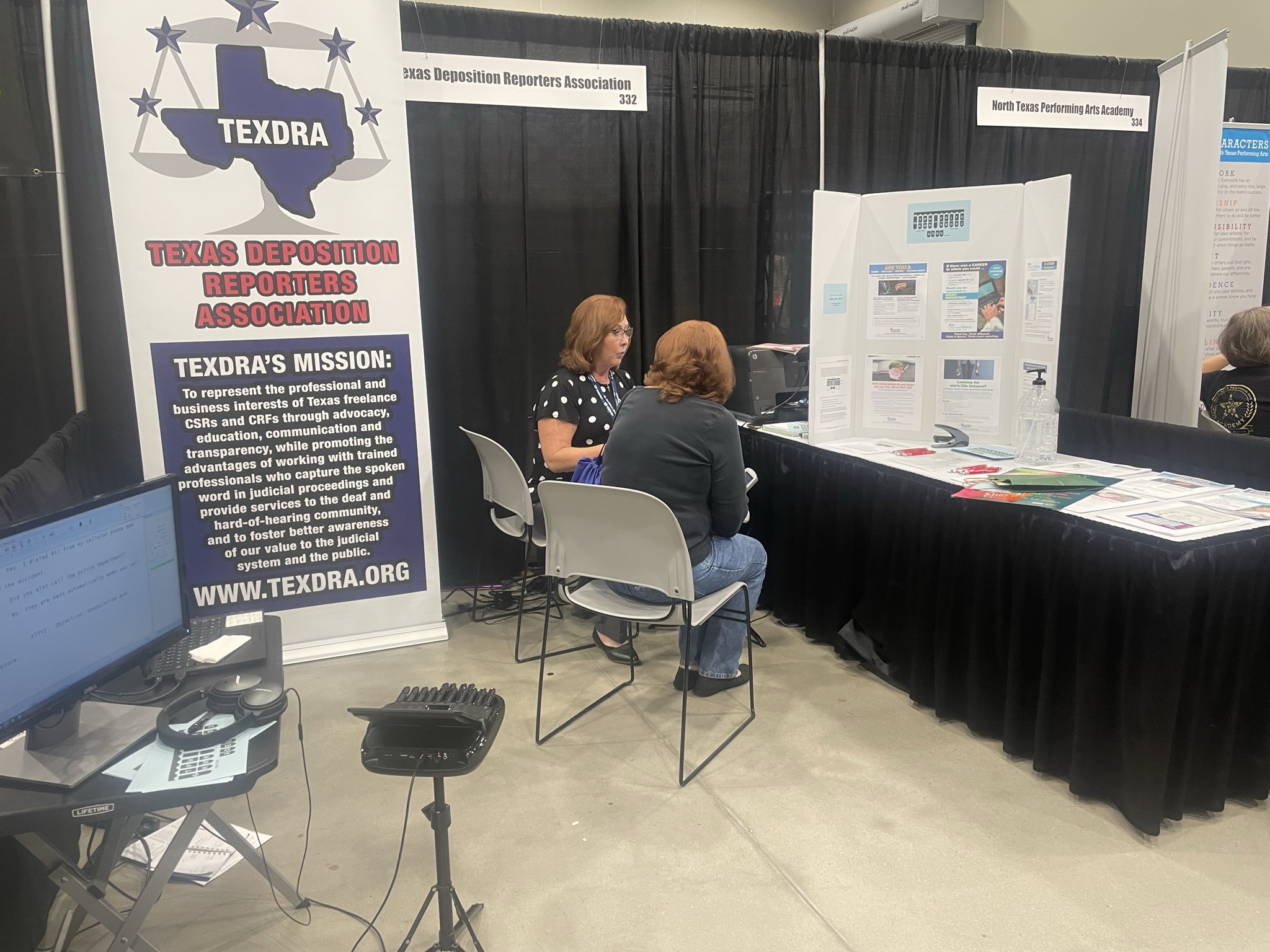 “I gave everyone information regarding NCRA’s A to Z® Program for the free introduction to steno machine shorthand, and I think that is a huge plus for attracting interest at these events,” she said. “We had the only booth that was promoting a skill instead of just private universities and seminaries,” Waltz added.

She also said she met a homeschool mom who said that she was a court reporter from Alabama but was not working as one because she was raising her children. Waltz said she advised her to maintain her certification so she could go back to work when she wanted.

“I definitely think the conventions were successful and worth my effort, and I plan on getting a booth at both conventions again next year. If anyone is interested in brainstorming or strategizing on reaching out to the homeschool community in other states, I am happy to share my experience.

“I think the best attraction was having realtime streaming on the monitor at the front of the booth to attract attention as people were walking by,” Waltz said.

Phyllis Waltz can be reached at waltzp@aol.com.

Published in Career, News and Schools