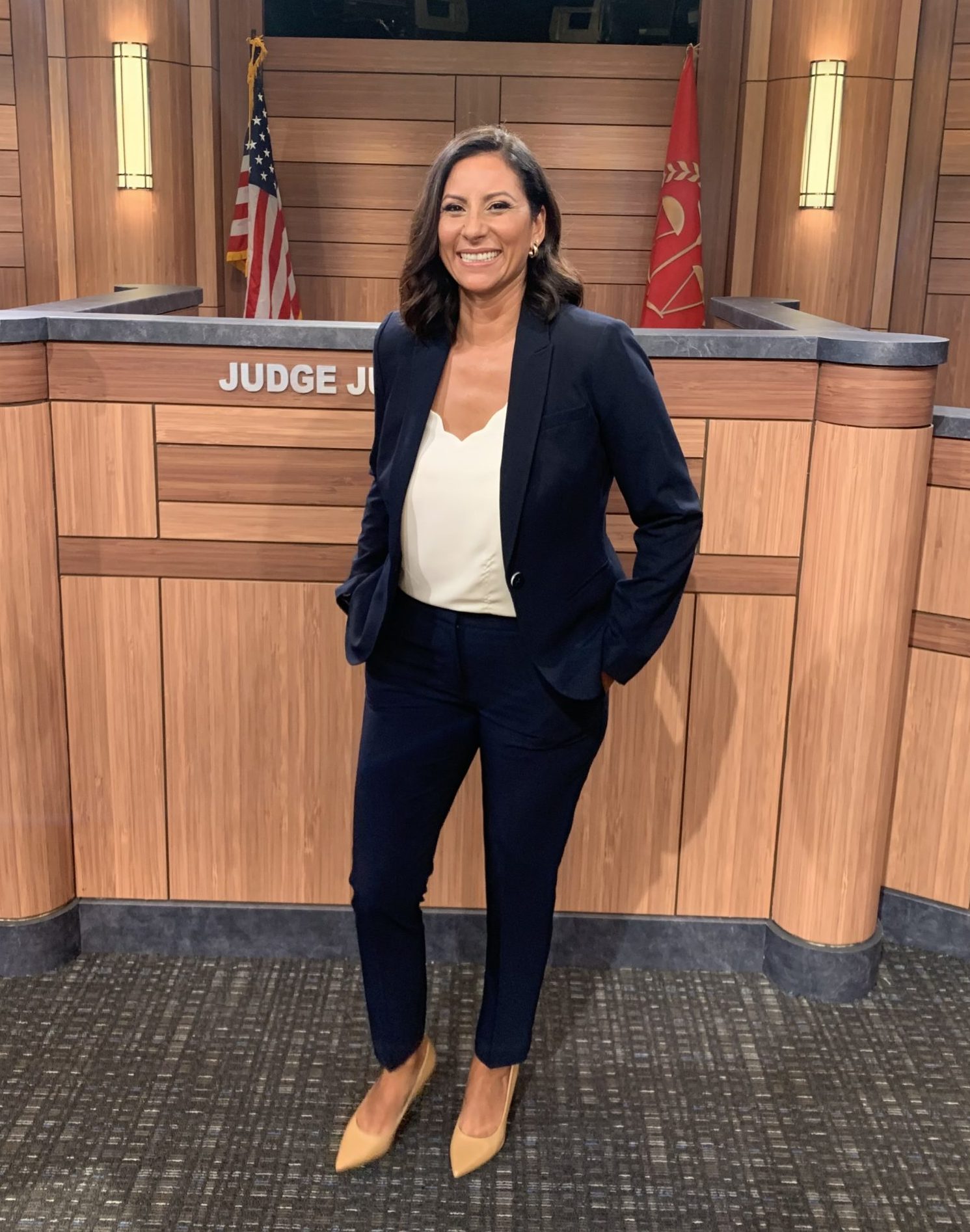 Whitney Kumar’s day starts at 7:30 a.m. when she arrives at the television studios in Culver City, Calif. She heads to her personal trailer for hair, makeup, and wardrobe before someone comes to mic her up and escort her on set. Promptly at 10 a.m., Judge Judy Sheindlin calls the court to order, and Kumar is ready to take down seven to 10 cases on Amazon IMDb TV’s new Judy Justice show.

Sheindlin wrapped up her 25-year run of the Judge Judy show earlier this year, and just a few months later started taping Judy Justice. This time around she “wanted a real court reporter for her new show for a ‘read back’ element,” Kumar said. “Judge Judy has a lot of respect for court reporters and is very conscious of making a good record. She hasn’t had the benefit of a court reporter in decades, so it’s been fun showing her how much technology has changed,” she added.

“Whitney was a truly lucky find,” Sheindlin told The Hollywood Reporter. “A skilled court stenographer for 15 years, she brings warmth, great proficiency, and best of all, can refresh my memory in a heartbeat with her machine.” Kumar says her job in Sheindlin’s courtroom is to take down the record on all the cases, read back, look up testimony, “or anything else she needs.”

Kumar’s “typical day” of filming Judy Justice actually only takes place on Thursdays and Fridays. Her day job is working as a freelancer and firm owner. She has been reporting for 15 years and started her firm, KW Reporting, located in Irvine, Calif., with her twin sister Kamryn Villegas eight years ago. “I absolutely love this profession and everything that I’ve gotten to do with it,” she says. “I’ve had the opportunity to travel out of state and out of the country for depositions and trials, I’ve reported some of the most high-profile cases in Los Angeles, and now I get to report on a television show with a legendary judge!”

Kumar got the call to work on the show through a referral from the Los Angeles County Court Reporters Association (LACCRA). The producer had initially reached out to LACCRA looking for a court reporter, but their members work for the county so would not be able to take the days off to film the show. Kumar had previously worked for the county and served on the LACCRA board and still knows many people there. “[The producer] called me and asked if I’d be interested, and I said, ‘Heck, yes!’ Next thing I knew I was signing a contract with Amazon for 120 episodes!”

Judy Justice is available to stream on Amazon’s IMDb TV. By the end of her tenure on Judge Judy, Sheindlin had a daily audience of roughly ten million viewers. With Kumar in her courtroom, Sheindlin will have the opportunity to introduce her fans to the importance of stenographers in keeping the record.

For Kumar, who now has her own IMDb page, her job on Judy Justice is another step in a lifelong pursuit of a career she loves. “I am excited to see what else I can do with this incredible skill and am looking forward to all the people I will continue to meet,” she says. “When you love what you do and it shows, it will open up all kinds of doors.”

Published in News and People in the News