In honor of Court Reporting & Captioning Week, NCRA President Debbie Dibble, RDR, CRR, CRC, took the opportunity to get to know more about Whitney Kumar, the court reporter on the new Judy Justice show, and her twin sister, Kamryn Villegas, who is also a court reporter.

When Judge Judy began a new adventure accepting an opportunity to create the new and improved Judy Justice with Amazon, she wanted a real feel to her courtroom. Judy Blum Sheindlin is a native New Yorker, born in Brooklyn. She finished her law school education at New York Law School and was hired as a corporate lawyer. She took some time off to raise her children and then became a prosecutor in the New York family court system, soon to be appointed as a criminal court judge. With this real-world experience on the bench, she knew that a court reporter was essential to the function of her courtroom, so she had her show executives reach out to Los Angeles County Court Reporters Association (LACCRA) looking for a candidate. 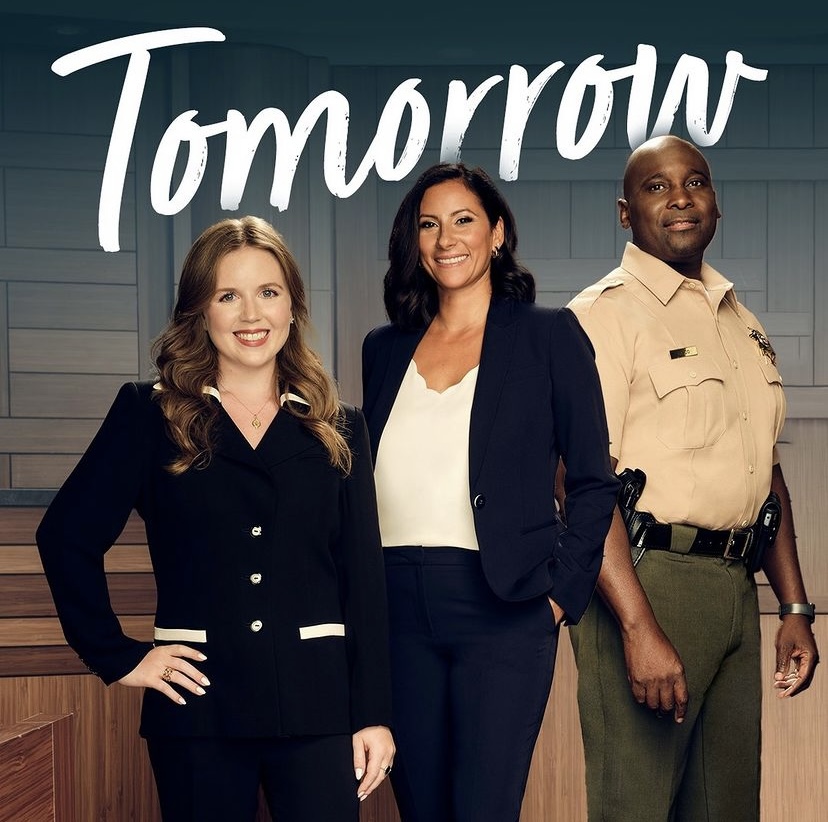 But long before any of that history began, we find Whitney Kumar making the fortuitous decision to become a court reporter. She completed her reporting education at South Coast College in Orange County. Upon graduation, she became a deposition reporter, but when a position became available in the Los Angeles Superior Court, Whitney found her home. She really wanted to be assigned to criminal court, and while initially disappointed to be assigned to family court, she immediately bonded with her judge and knew she had found her happy place. When high-profile cases involving celebrities such as Britney Spears and Mel Gibson came to her courtroom, she realized there was just as much excitement (maybe more) than she would have found in criminal court. Unfortunately, five years later there were layoffs implemented in the court system and, having been one of the most recent hires, Whitney was let go. But did that stop her? Not even for a second.

This story isn’t complete until we introduce you to Whitney’s twin sister and equally amazing court reporter, Kamryn Villegas. Yup, that’s right, there are two of these superstars walking the earth. Whitney and Kamryn put their heads together and decided to start their own firm, and KW Court Reporting was born. The dynamic duo spent the first several years working out of their garage, doing everything from marketing and scheduling to production and billing all by themselves. Not completely ready to believe they could make it on their own, they continued to work for other firms. After some time dividing their loyalties, Whitney’s husband, Vijay, spoke up and told them it’s time to cut the safety rope and sink or swim! And so they did. They jumped in feet first and began a campaign of networking. They attended and sponsored local and state bar association events to build their clientele, and swim they did.

While attending an Orange County Trial Lawyers Association event, Kamryn ran into an attorney she had worked with many years prior who, it turns out, is also an identical twin. Whitney and Kamryn reconnected with brothers Robert and Brad Simon, and today The Simon Law Group is KW Court Reporting’s largest and most loyal client. Networking works! KW’s business has grown and is phenomenally successful today.

What a perfect pairing these sisters make in so many ways. Kamryn had been a freelance deposition reporter for six years, and Whitney had spent five years in the courtroom. With all that experience at their disposal, their signature service now covers their clients from the beginning to the end of their case. Kamryn does the depos, and when the case is ready for trial, she hands off the depositions, exhibits, history, her dictionary, and all the case specifics to her sister, and Whitney walks in the courtroom with top-notch service straight out of the box. Their clients don’t miss a beat, receiving the best service imaginable from discovery through verdict.

Speaking of networking, let us step back to our Judy Justice timeline. When producers reached out to LACCRA for potential court reporters, they were informed that their reporters were employed by the county and would not be able to take time off for taping. Who did they think to recommend? Whitney Kumar. Whitney had served on the LACCRA board and had established a reputation as a fabulous highly qualified court reporter and team player, networking and serving with colleagues, and laying the groundwork to be top of mind when this opportunity surfaced. Her husband, who may have missed his calling as a photographer and videographer if he wasn’t such a brilliant computer scientist, helped Whitney create a video that night, and the next morning the call was received that she was “perfect,” and her television career began.

The full story can be read in the March issue of the JCR print magazine.

Debbie Dibble, RDR, CRR, CRC, is NCRA’s President and a freelance captioner and court reporter based in Salt Lake City, Utah. She can be reached at president@ncra.org.