Get to know NCRA Board of Directors nominees

NCRA’s Nominating Committee has offered its candidates for the 2015-16 Board of Directors. The following outlines the candidates’ qualifications for members to prepare for voting. As provided in the bylaws, additional nominations are possible if received within 60 days after publication of the Nominating Committee slate. The date by which additional nominations must be received is June 14. 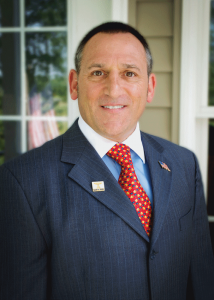 Stephen A. Zinone, RPR, is an official court reporter from Pittsford, N.Y., who has served as Director, Secretary-Treasurer, and President-elect of NCRA. He started out freelancing in 1983, working as a reporter in the Monroe County Town Courts and in the deposition arena. In 1989, he was employed by the Monroe County D.A.’s office as a grand jury reporter, where he worked until 1997. He spent the next three years working in federal court for the Western District of New York. Since 2001, Zinone has worked for the New York State Unified Court System in the 7th and 8th Judicial Districts, and he is now assigned to the Ontario County Courts.

A member of NCRA since 1986, Zinone has served on its Finance Committee, Communication and Outreach Committee, and the Cost Comparison Task Force. He also served on the New Affiliates Task Force Committee in 2008. 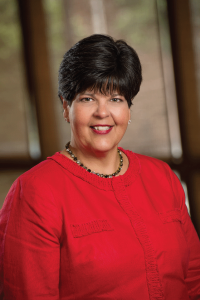 Nativa P. (Tiva) Wood is a per diem court reporter from Mechanicsburg, Pa., who holds the nationally recognized professional certifications of Registered Diplomate Reporter and Certified Manager of Reporting Services. Before retiring in early 2015, she had served as chief court reporter for the Dauphin County Court of Common Pleas since 2003. Prior to that, she served the same court as an official court reporter from 1977 to 2003. Wood was honored with the designation of Fellow of the Academy of Professional Reporters.

Wood is a long-time member of NCRA and has served on its Board of Directors since 2012. She has also served on an array of NCRA’s committees including Placement, Insurance, Convention Planning, Nominating, and the National Committee of State Associations Resolution Committees. Wood has also served on the General Appeals Task Force and the Steno Opportunities in the Courts Task Force. She is a past member and chair of NCRA’s Council of the Academy of Professional Reporters and the Committee on Professional Ethics. In addition, Wood has served on the Board of the National Court Reporters Foundation and as its chair. She is also an NCRF Angel.

Wood is an active member of the Pennsylvania Court Reporters Association. As its president, she successfully lobbied for a public hearing on licensing for court reporters and testified before the Pennsylvania Senate Professional Licensure Committee. She has spoken on behalf of PCRA to a Pennsylvania Superior Court subcommittee investigating the computerization of the courts and the impact of court reporting technology. In addition, she was one of several speakers at the unveiling of the NCRA-sponsored computer integrated courtroom in the federal courthouse in Philadelphia, which was covered by affiliates of NBC, CBS, and ABC. 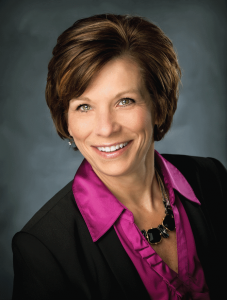 Christine J. Willette, RDR, CRR, CCP, has been a court reporter since 1985 and is the owner of Willette Court Reporting in Wausau, Wis. Willette has served on the NCRA Board of Directors for four years, as well as on a number of the organization’s committees, including the National Outreach Committee, CLVS Council Board Liaison, the Freelance Community of Interest, and Committee on Professional Ethics.

Willette also served as a National Committee of State Associations delegate from Wisconsin for a number of years and on the committee’s Governing Board. She has participated in NCRA’s Boot Camp and Leadership training programs. Willette is an NCRF Angel. She has been a member of NCRA since 1985.

Willette is a member of the Wisconsin Court Reporters Association and has served on the organization’s Board of Directors and as its president. She has served on many of its committees and task forces, organized its first realtime contest, managed its website, presented seminars, planned conventions, and contributed to its quarterly newsletter. 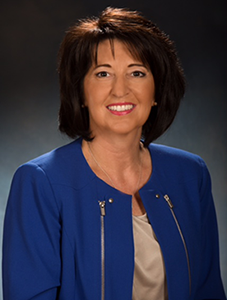 Doreen Sutton is a freelance reporter from Scottsdale, Ariz., with 23 years of experience. She holds the professional certification of Registered Professional Reporter and has covered depositions, arbitrations, and mediations. She also has grand jury and CART experience, as well as per-diem experience reporting for the various superior court venues in Arizona. As a member of NCRA, she has served on the association’s Test Advisory Committee and in various other volunteer roles. She has also served as a contributor to NCRA’s membership publication, the JCR. Sutton has been nominated to serve a second term as NCRA Secretary-Treasurer.

Active at the state level, Sutton is a past president of the Arizona Court Reporters Association and has also served as editor of its membership publication, ArizoNotes, and as co-chair of its Student Seminars. In 2013, she was awarded the ACRA Distinguished Service Award. Sutton holds certifications in the states of California and Arizona.

Prior to entering the court reporting profession, Sutton worked in the areas of banking, bookkeeping, payroll, and accounting. 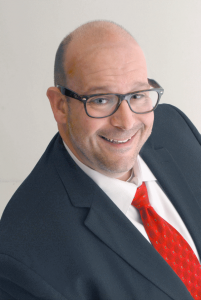 Michael (Mike) Miller has spent his 20-plus-year career pushing the limits and being a vocal advocate for freelance reporters, rising to the level of “self-appointed reporting superhero” due in large part to his website, Depoman.com, and frequent speaking engagements. Like most reporters, Miller spends his days banging those keys with the hopes that today’s witness learned English in Omaha rather than in Bangalore. Miller has traveled with his machine to most corners of the world, reporting arbitrations in Reykjavik and depositions in Bangkok. Most recently, he has been providing immediate copy on a special assignment.

Miller holds the professional certifications of Registered Diplomate Reporter and Certified Realtime Reporter, and he was honored with the designation of Fellow of the Academy of Professional Reporters. Additionally, Miller is certified in California, Louisiana, and Texas. He is past president of the Society for the Technological Advancement of Reporting. He is co-creator and original lead presenter of the NCRA Realtime Systems Administrator certificate program. 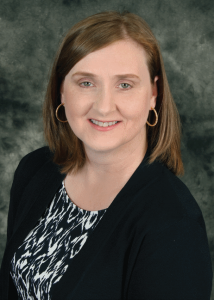 Jennifer Sati has been a court reporter since 1985 and holds the professional certifications of Registered Merit Reporter, Certified Realtime Reporter, Certified Broadcast Captioner, Certified CART Provider, and Certified Reporting Instructor. She is from Dayton, Minn., and currently serves as program director and instructor for judicial reporting and broadcast captioning at Anoka Technical College in Anoka, Minn. She continues to caption professionally and also leads the school’s annual Veterans History Project event, which honors local veterans and captures their wartime stories.

A member of NCRA, Sati currently serves on its Council on Approved Student Education and as a chief examiner and proctor for the CRR, CBC, and CCP NCRA Skills Tests. At the state level, Sati was awarded the Distinguished Service Award in 2012 and the Instructor of the Year in 2005 by the Minnesota Association of Verbatim Reporters and Captioners. She is a frequent presenter and contributor to the association’s conventions and its membership publication. Sati is a past vice president and secretary of the Minnesota Freelance Court Reporters Association, which has since merged with MAVRC. 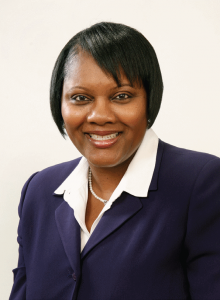 Linda K. McSwain is an official court reporter from Mobile, Ala., with more than 20 years of experience as a freelance and official court reporter. She holds the professional certifications of Registered Professional Reporter, as well as the Alabama Certified Shorthand Reporter. McSwain has also worked as a freelance reporter taking depositions and covering public hearings. She has been awarded multiple certificates of appreciation for producing accurate, timely, and completed transcripts.

She has held membership in NCRA for more than 20 years. McSwain has served on the National Committee for State Associations for more than four years. She currently holds the position of NCSA Vice Chair. In that capacity, she has presented seminars at State Leadership Conferences and NCRA Conventions. In addition, McSwain has also been a participant in NCRA’s Leadership Training, Legislative Boot Camp, and State Leadership Conferences.

Published in Events, NCRA & You and News