Realtime: It’s worth it 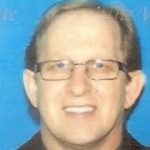 THE STRUGGLE IS REAL. That’s a saying for just about everything nowadays. As court reporters, we know that it is real every day, all day long. When I was a puppy reporter, I had a judge who used to tell me, “Don’t interrupt anymore. Just throw up your hands when they’re talking too fast or on top of each other.” The problem with that is that whenever she said that in a transcript, the appellate court would naturally wonder what I left out. So I decided that I had to get better. I concentrated on learning how to brief on the fly, get longer phrases in one stroke, and write for the computer instead of myself.

I started out my career with the wonderful world of court reporting computers. All of them were written in dedicated computer systems that did not cross over for any other CAT program. As a matter of fact, you couldn’t even search the Internet or type a Word document or run an Excel spreadsheet because none of that had even been thought of yet. But we, the court reporters, had a marvelous new toy that made our work both harder and more meaningful. Imagine, if you will, being able to type two pages a minute when you used to only get one page per five minutes.

Later, when I became an official, I wrote for my newest piece of technology, the Baron Solo. It had 5-½-inch, dual floppy drives. The struggle was real to remember how to use this new technology and never, ever, ever use your magnet in the same room as your computer. (We had an electronic magnet system that bulk-erased our cassette tapes for the machines. If you used it near the computer, you risked either wiping out your floppies or causing damage to the electronics in the computer itself.) Then came the Microsoft revolution. We had yet one more machine to buy and one more operating system to learn. This one came with WordPerfect and learning the wonderful works of macros. No more Cardex! The struggle was so real that I accidentally wiped out my entire operating system trying to clear a message that popped up on my welcome screen.

The 24-pin dot matrix printer revolutionized multiple copy printing — that is, unless you figured in the hours spent trying to separate those carbon pages without destroying your clothing in the process. That struggle was real. So was ink in the machine. Try changing a ribbon without making everything around you purple.

Then the struggle became really, really interesting. In the latter half of the 1990s, a CAT program made real-time court reporting a reality. I got to watch a reporter write from her machine and have real words show up within seconds on a computer screen. I have no idea if her writing was pristine or 1 percent or even 5 percent untranslates. All I knew is it was beautiful. Music filled the skies; my heart was full. For the first time in a long time, I really wanted to be a part of something. It wasn’t just about the money anymore. It was something so new and so grand that I couldn’t even envision the possibilities of the future with it.

So I learned it. I bought more equipment, and I learned wiring and splitting and sending and receiving. It was a real struggle. I showed it to my boss, the judge. She didn’t want to have anything to do with it. But I was enthusiastic about it, so I kept asking her if I could just put a computer on the bench to see if my wiring was correct. She relented, but she made me turn the monitor to where she wouldn’t have to look at it. But she didn’t ever tell me to take it down. Pretty soon, she wanted me to angle the monitor so it would be more visible when she wanted to see the attorneys’ objections. Then she wanted to learn how to scroll backwards, then to search, then to write notes. Eureka!

Realtime (without the hyphen) had come of age. Next struggle was to get other court reporters to accept that our future was in realtime reporting. I felt like the most hated court reporter in the state at times because I provided something that 16 other judges in Wyoming weren’t getting. But when they saw it, they wanted it. (Without extra compensation, of course.)

Little did I know that this struggle would become the thrust of my presentations and seminars for the next 16-plus years. Of course, I’m talking about realtime for the average reporter.

The struggle is real; the rewards are great. Two months ago, I was taking a medical malpractice jury trial with several prominent attorneys, one of whom was intensely hard of hearing. I’ve been gently suggesting to him that realtime could help him. Finally, I just did what I did with my judge those many years ago. I put the realtime on his table and told him that it was free; but if he liked it, I would start charging the next day.

During the trial, this attorney would bring the iPad to bench conferences so he could see what was being whispered — something he hasn’t been able to do for years. Both attorneys used their iPads during the instruction conference to see what the construction of their sentences would look like on their jury charge. That reluctant attorney? He now has set two jury trials with me for the beginning of the year — with realtime. Two weeks ago, I did a realtime feed for a woman who was profoundly deaf, deaf from birth, who read lips but never learned American Sign Language. She read lips, but watched my screen like a hawk. She even got a kick out of a mistran or two that I made.

I know the struggle is real. This job can be the most difficult struggle day in and day out. But with our own self-improvement, learning realtime and becoming accomplished at it makes that struggle turn into satisfied accomplishment. I’m loving that struggle. You will too.

JCR Contributing Editor Keith Lemons, RPR, CRR, can be reached at k.lemons@comcast.net. This article was written on behalf of NCRA’s Realtime and Technology Resource Committee, of which Lemons is a member.