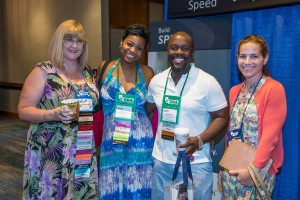 This year’s Convention & Expo, held July 30-Aug. 2 in New York City, encompassed events from NCRA’s Annual Business Meeting, Speed and Realtime Contests, seminars on diverse topics of interest to court reporters, captioners, and legal videographers, an active Expo Hall highlighting the latest products for attendees, and many networking events. Explore continuing coverage of the event with the stories below.

2015 class of Fellows of the Academy of Professional Reporters honored

NCRA President’s speech embraces the past, celebrates the future

The first big viral trend of 2022 is here, and it's a colorful word game called Wordle. Players who visit Wordle's website have six chances to guess a five-letter word, which has been randomly selected from a database. With each try, the game tells you how close your letters are to the "word of the day." ... See MoreSee Less

Wordle takes the internet by storm

Timeline photosToday we celebrate and honor Rev. Dr. Martin Luther King, Jr. “Everybody can be great... because anybody can serve.” #MLKDay #MLKJr ... See MoreSee Less